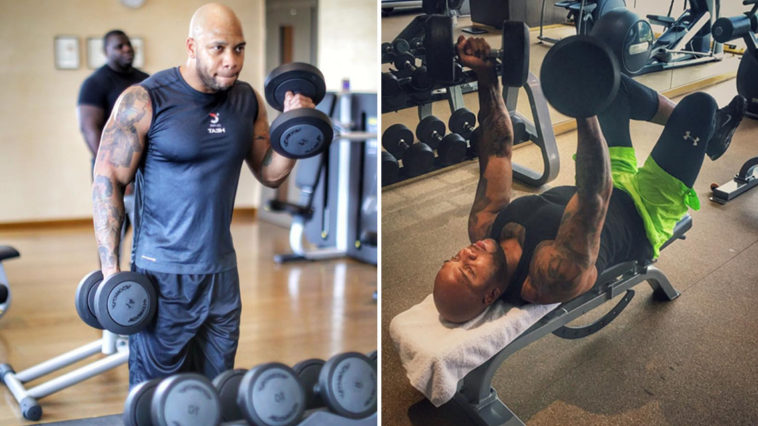 The chart-topping rapper Flo Rida is known for releasing high energy, catchy earworms, but he’s also known for having a rather impressive physique.

When the Coach Mag asked about his fitness level he answered immediately with any doubts. “A 10! There’s always some room for improvement, but I’ll say a 10 because I have to stay very healthy, travelling around the world and performing as much as I do.”

His life is surrounded with fitness. Flo manages even to squeeze some profit from it to his singing. “I’m a guy who loves sports, too, so from eighth to ninth grade [14-15 years old] was the time where I was like, “If I’m going to play basketball or football, I have to really go hard.” Also, having the records that I have – they’re very up-tempo, so I have to be in shape or else I’d probably be done by the second song…”

While on the road if he can’t go to the hotel gym, rapper works out in the room. He usually does 30 minutes of cardio. “I do all that as well as trying to have a healthy meal plan. But with travelling, a lot of the time it’s a challenge, but I make do. For the most part, I’ll be at some great hotels, and they’ll definitely have something parallel to the meal plan that I’m accustomed to.”

His motivation is somewhat complicated and straightforward at the same time. “Well, one thing is I just want to look good – everyone wants that – and being healthy is very important to having some longevity in life.”

“I love being around those who inspire me to go to the gym and look good. I used to go to a gym in high school that was across the street from the projects where I grew up, and we’d work out right after the football players left – the janitor would let us in. We used to see who could lift the most, and still today I work out with my security, and we’ll have a friendly competition. It also comes from the fact that I remember when I couldn’t lift 50 pounds, but the more I indulged in it, I was able to lift more and more, so there’s self-motivation, too.”

The highlight of his fitness week he calls Friday. “It’s like my song Hello Friday, because it’s the end of the week, and when it comes to Friday night, I like to go and hang out, so I don’t make it a long day at the gym.”