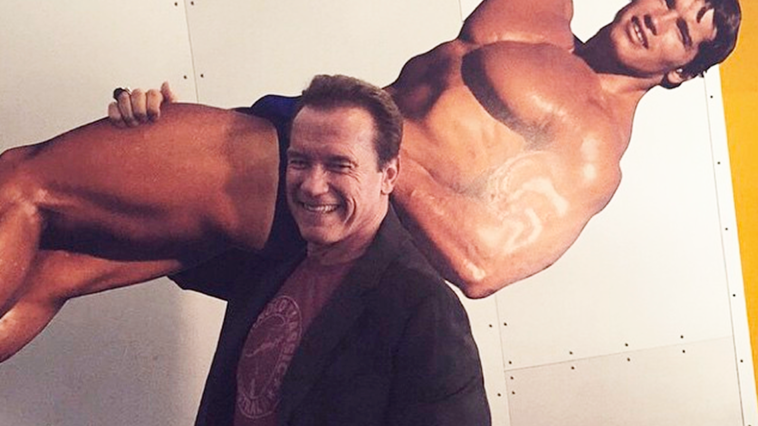 10 Arnold Schwarzenegger facts and trivia that may surprise you.

In 1968, Joe Weider flew Arnold to Miami to compete in the IFBB Mr. Universe. Arnold was big and smooth and was defeated by the much smaller Frank Zane (“a chicken with 17- inch arms”). Arnold at that point knew nothing about diet. He subsequently moved to Los Angeles and eventually acquired a roommate: Frank Zane. Soon after, now able to get ripped and defined, Arnold began his string of Mr. Olympia victories.

Arnold is best friends with Italian bodybuilder Franco Columbu (Mr. Olympia, 1981), whom he worked with as a bricklayer when he first came to America. Columbu would later stand as Arnold’s best man when he married Maria Shriver in 1986.

When Arnold was 18 years old, he was sent to an Austrian prison for going AWOL. According to Austrian law, men had to serve one year of compulsory service in the military, but Arnold was so eager to attend the Junior Mr. Europe competition in Germany, that he deserted his military post.

Competing in his fi rst Mr. Universe contest in London in 1966, Arnold was somewhat overwhelmed by the experience. He saw a bodybuilder backstage drinking wine and smoking a cigar. Arnold thought that if this famous champion was using this strategy to get ready to go onstage, so would he. As a result, he explains, he got very sick—and lost the contest.

5. The first civilian on Hummer

Arnold was the first civilian to own a High Mobility Multipurpose Wheeled Vehicle, also known as a Hummer. He got it in 1992, but prior to this, the vehicle was strictly a military vehicle owned by the government.

Arnold owns a military tank. During his time in the Austrian army, Arnold drove the American-produced M47 Patton. He liked it so much that years later, when he could fi nally afford it, he decided to buy one.

In 1967, Arnold won the Mr. Universe bodybuilding competition, making him the youngest competitor (at 20 years old) to ever claim the title. In 1970, he won the Mr. Olympia at age 23, and broke the record again for youngest Mr. O champion … a record he still holds to this day.

Arnold had a brother named Meinhard; ironically enough, this name is derived from the Germanic elements magan, meaning “strength” and hard, meaning “brave, hardy.” Meinhard was killed in a car accident in 1971.

While on vacation in Hawaii in 2004, Schwarzenegger jumped into the ocean and rescued a man from drowning.

His childhood friends say he had three goals: move to America, become an actor, and marry a Kennedy. He did them all in that order.