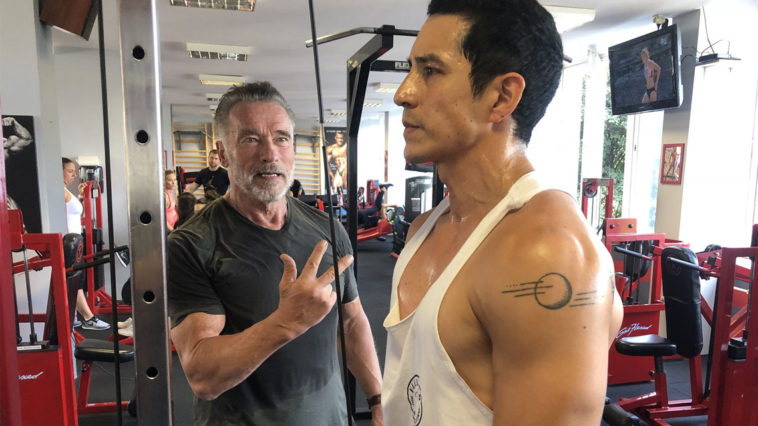 Arnold is in Budapest, Hungary filming the “Terminator 6” a new installment of the Terminator franchise.

In new Terminator, Schwarzenegger is reportedly returning as the T-800 model of Skynet’s killing machines with Luna playing the newer version.

Thanks for the training inspiration here in Budapest, @willsmith.

As long as any Terminator might have a real challenge on their hands, Gabriel Luna will need to be in top shape for his role as a new, more modern Terminator in the upcoming film and fortunately, Arnold Schwarzenegger is helping him get there.

The Terminator veteran shared an excellent photo of himself training Luna for the movie. “Machine learning.”

“That was just your classic ‘technology bad, smart computers bad’ kind of thing,” Cameron said. “Nowadays though — it’s got to be a much more nuanced perspective. So, it’s ‘smart computers bad… BUT…’ That’s the new motif.”

Terminator is scheduled to hit theaters on November 22, 2019.