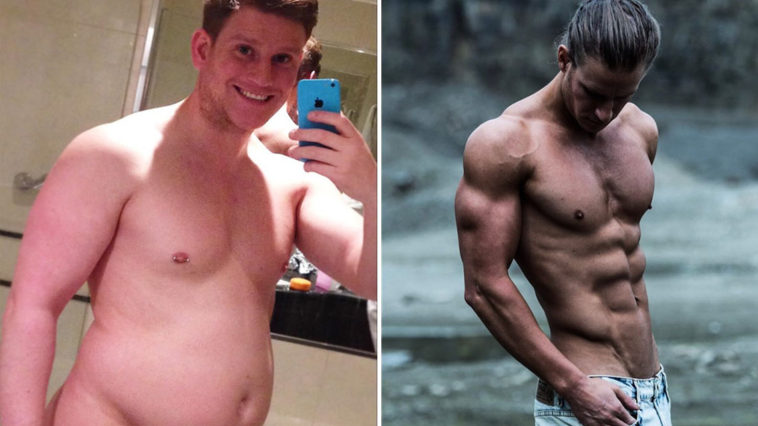 Sebastian David used to be an ordinary overweight single guy. However, 30-year-old managed to transform into a bodybuilder in just seven months after ditching his £140-a-week junk food habit.

Born in Burnley, David reportedly was eating up to 5,000 calories a day in Greggs pasties, fry-ups and KFC chicken buckets.

After his dad David Hadfield passed away, Sebastian vowed to start looking after himself and go to the gym while looking after the family fire extinguisher business.

Whereas earlier he didn’t even cook a meal for himself for nine months. Sebastian would rather splash out his £20-a-day on takeaways.

According to The Sun, his new strict fitness regime saw him drop from 14 stone 6lb to just over 10-and-a-half stone where he swapped beer belly for a rippling six-pack.

He was soon encouraged to try out for bodybuilding competitions which saw Sebastian finishing seventh leading to a string of topless modelling jobs.

The university graduate, who has become one of Britain’s most eligible singletons, said: ”I have to confess, it’s strange being asked to model when I look at photos of myself from two years ago. But I’m not complaining. It’s nice to get a bit of attention now and then.”

“In a way, getting fat was a good thing, because I wouldn’t be doing the stuff I am now without it. I didn’t set out to compete in bodybuilding or do modelling, I just set out to get my body in shape and feel better, but once I got going, I kept reassessing my goals. I feel amazing now. I’m just happy to
be happy, and it’s great being able to feel good about myself.”

Sebastian says he never set out to compete in bodybuilding or do modelling – just to get in shape, but he is now targeting a top-three finish at every competition he took part in.