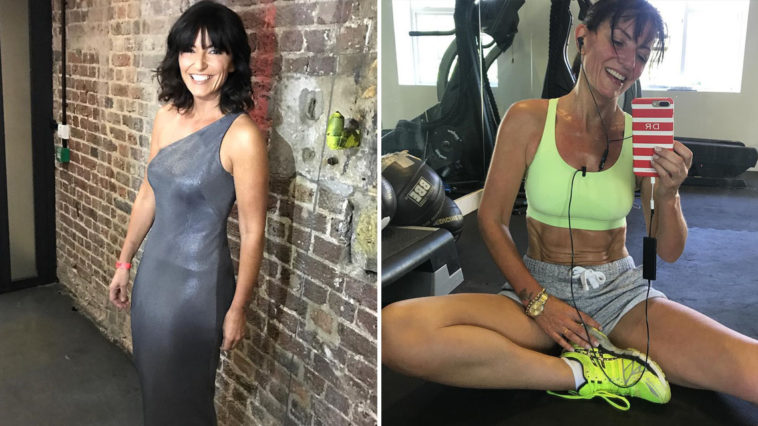 Davina McCall is another type of fitness goddess.

Despite working out regularly for years in recent times, she has managed to step it up.

At the age of 50, we can say that Davina is ripped. She has the kind of six-pack that most women could only dream of.

But, unfortunately, she’s come in for a fair amount of criticism for her ultra-fit looks, with people claiming she’s gone “too far”.

“Dude. As much as a six pack is cool, you seem to be getting too slim now. I can imagine the stress with marriage split may take its toll. It’s never easy and the most stressful time ever. Pls take it easy and try to relax with few mince pies over the festive season,” says one fan.

Another says: “Hate making any judgement in writing but it’s too much, not feminine at all, but I’m old-fashioned maybe? I like men with abs?”

“Gone too far and not a good role model like most have already commented. This is fine if you’re going to compete on stage, but you’re not. This is not healthy to maintain longterm. Please think about the message you are sending out to others that admire you.”

Pointing once again her age want to say that Davina follows a sugar-free diet and has released books on the topic.

This is such an exciting journey for me , ? I’ve wanted to get qualified for so long ! But I never thought I’d have time… but because I love ? it so much im making/finding time. What’s your goal ? What r u doing to get there? I’m nudging you … get started ????????… and it will make you feel really good about yourself! Setting yourself a goal and doing it… is an act of self love and works wonders for self esteem … you’ve got this ! Thank you so much for helping me achieve my dream @ldn_muscle @je_ldnm @josh_ldnm My brain is fried… but I’m buzzing ! #ownyourgoals

Books include Davina’s five weeks To Sugar-Free, Davina’s Sugar-Free In A Hurry and her latest title – Davina’s Kitchen Favourites: Amazing, Sugar-Free, No-Fuss Recipes To Enjoy Together.

Davina has sold over half a million sugar-free books to date.

About her new book, Davina has said: “When I’m working, training or running a busy home, I like to stay healthy and to know I’m feeding myself and everyone else just the right amount of what we all need.”

So it is too ridiculous when haters are blaming her for her fitness regime.

There are a lot of men and women with ripped abs and biceps. Are people slamming them for looking obsessive and ill? Far from it.

We want men to maintain their muscles while we show concern for women getting stronger as they age.

I love learning ? … the older I get …the more I realise how much more I have to learn …. getting a qualification is to prove to myself what I’ve already learned and to open myself upto lots of future opportunities! And more learning!!! I’m not leaving telly ? I’m adding another string to my bow… or another weight to my barbell ?????? @ldn_muscle @mb_ldnm @je_ldnm ? #pt #fitness