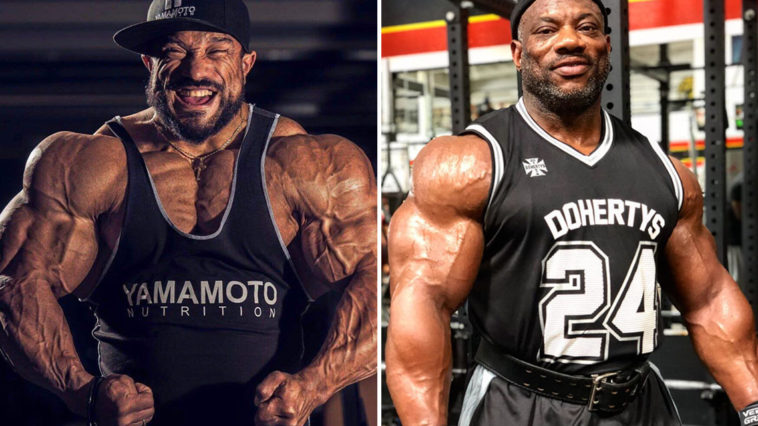 “The Dutch Beast” Roelly Winklaar has been associated with the word “beast” for quite some time since he became the pro bodybuilder by competing at the Arnold Classic Amateur to earn his pro card.

After his pro card victory, the world of bodybuilding hasn’t stopped naming him “The Dutch Beast” as Roelly is a competitor that genuinely lives up to the word on every level.

Hardcore muscles and desire to win (Roelly returned at 2010 Arnold Classic with an impressive overall physique that earned him a strong 7th place in his pro IFBB debut) are all about this man.

There are a lot of talks online that Roelly’s continued growth year after year. Moreover, his latest Olympia 2018 update photo proves to us that the growth trend isn’t slowing down. He might be bigger than he’s ever been in his life.

Love you @mrolympia08 you the first person that said to me in 2008 that I will be pro and I never will forget that uncle. You gave me a great feeling that day to believe I could be pro and I made that dream reality …. #fbf #flashbackfriday to the 2016 NY Pro @bevsgym Hanging out with one of my very best friends in this sport.. @roellywinklaar Always good seeing and hanging out with good people. #dex #dexter #dexterjackson #dexterjacksonproductions #mro #mrolympia #mrolympia08 #blade #builtbyblade

That’s maybe why Winklaar decided to pay some attention to his uncle in bodybuilding – Dexter “The Blade” Jackson.

According to Fitnessvolt, we may not have seen any of this if it weren’t for legend Dexter Jackson doing a guest posing that inspired young Roelly Winklaar.

So here’s the IG post tributing to the legend of BB: “This is uncle dexter, who I have had so much respect for since the day he first posed ( on Curacao ) & I met him! @mrolympia08 told me in 2008, “your next show will be pro. & have so much potential “ and I used that as my
Motivation to win the arnold classic ohio 2009. To this day in 2018, we are still so very close & will always be my uncle.”