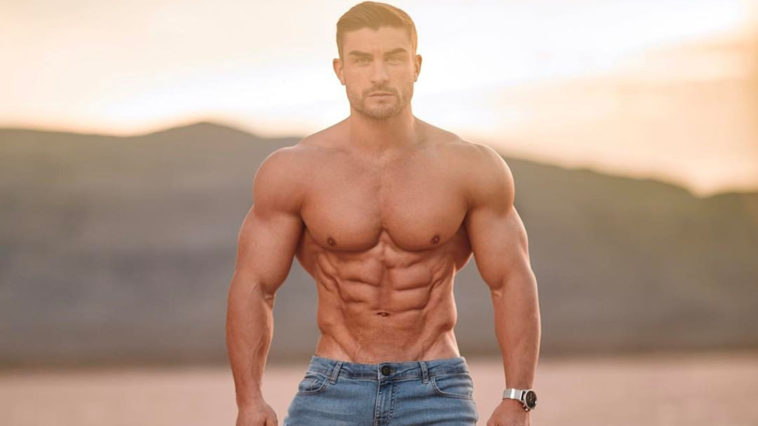 One of the world’s most magnificent physique – when we talk about men wearing shorts on the stage – Ryan Terry is foremost aesthetic bodybuilders.

That wasn’t too surprising when the 28-year-old Brit earned the title of Men’s Physique Champion at the Arnold Classic.

One of my biggest sporting achievements to date… winning the @arnoldsports 2017. Can’t believe a year today has passed already. Tonight there will be a newly crowned Men’s Physique champion, It’s going to be a serious battle up there with some class athletes. Looking forward to pre judging now… who have you got for that first place spot? ???

Fortunately, for all those wanting to build such a great shape, Ryan revealed some of his secrets.

Speaking to Unilad, Men’s Physique athlete said he puts down his successes to a balanced training regime, but most importantly addressing his nutrition.

Ryan explained of his 6-day gym routine: “I always give my muscle groups the equal amount of time throughout the week.”

“Over time, if there is a weak or lagging muscle I’ll start to work on that more, prioritise that more in order to get that physique that I think the judges and the sports world wanted.”

“I have six meals a day every two and a half hours, and that will consist of a protein source, a carb source, and a fat source.”

Ryan isn’t sick of bodybuilding, so he doesn’t follow “proper nutrition” all year round. He recognises there is still a place for the occasional cheat meal: “Now I’ve been in America I like a nice burger and sweet potato fries. It’s something I was never interested in until I started competing in America – they make the meanest burgers over there!”

He also points out the essential parts of his preparation: following a program of balance and discipline – not denying himself when he is in a position to indulge, but also sticking to strict gym and diet regimen when competition is on the horizon.

Well, later this year we all will see if his formula really worth it at the Olympia in Las Vegas.

#TBT – to my first ever appearance on the @mrolympiallc stage in 2015. An incredible experience and one I will never forget. For me I feel this was one of my best shapes I took to the stage and hopefully I can replicate or better still beat that in 2018 ??

There’s no reason why you can’t reach your goals. There’s no reason you shouldn’t work to your absolute full potential. Having the “Do whatever it takes” type of mindset is what will separate you from every one else out there. It won’t happen overnight, you have to plan and execute!! Start small, integrate new techniques and constantly look for more ways to increase in all aspects of life. If you are interested in working with me and my team then contact me on the below email for all the info… Coaching@ryanterryfit.com ?? #TransformationTuesday

“Make your life and body a masterpiece, imagine no limitations on what you can be, have or do…” #ryanterry #baileyimage #gym #gymshark #usn #challengeyourself #bodybuilding #teamRT #RTarmy #RT #health #ifbbproleague #pool

#TransformationTuesday – 2010 on the left to 2018 on the right…!! Building your body takes time and is a lifestyle choice, don’t rush the process enjoy the process!! ?? p.s in the first picture I had already been training 6 years so I wasn’t born like that.. it was a lot of graft ??