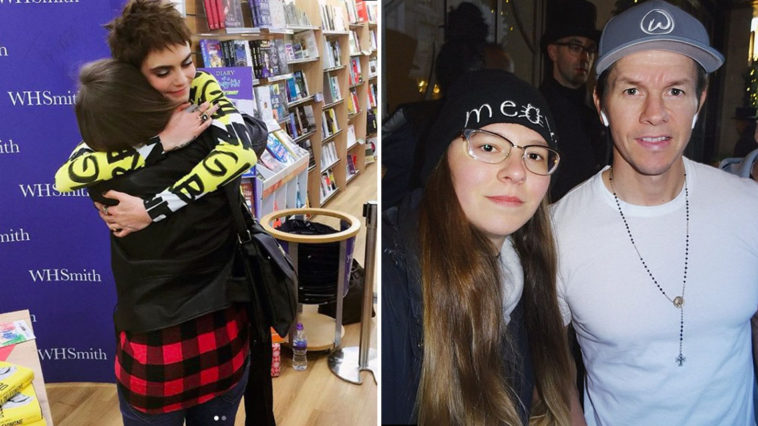 The girl from Britain Sarah Winterman, 25, regularly shares photos with the stars she managed to met on Instagram, and this number is close to five hundred.

For Sarah, this is a hobby for which she steadily travels to four events with celebrities a month. But now the girl has a unique knowledge: which celeb is polite and sweet, and which is not.

For most people meeting their idol is an extraordinary case. That’s why fans are literally going crazy when there is a chance to take an autograph or take a picture with your favorite celebrity. But for our Briton meeting with the stars became almost routine, as she turned it into her hobby and the feature adored by her 20k followers on IG.

The first time Sarah photographed with a celebrity at the age of 16, and she liked it so much that she decided to do it regularly. In conformity with Daily Mail’s information, now the girl always visits four events a month and keeps a diary, where she plans her future selfies with the stars.

“I get a schedule diary sent to me every month and plan that way in advance what I’d like to attend or who to meet.”

Sarah publishes all her pictures on her Instagram and Twitter. Both accounts gather about fifty thousand people. Even the well-known American TV presenter Ellen Degeneres is signed to her pages.

Some celebs have met her several times. For example, Hollywood actress Anne Hathaway even recognizes Sarah, when she comes to snap with her once again.

“Some celebs have recognised me – Anne Hathaway, who I’ve met at least six times, knew who I was by the second meeting. She then spoke about me and my friend at an after party, mentioning to fellow cast and guests how sweet we were.”

Winterman says that majority of the stars are happy to take pictures with her, but she also has the loved ones. Among them are not only Anne Hathaway, but also actress Keira Knightley, and singer Katy Perry.

“Luckily, I have a job that can be easily covered by someone else when I need to go away or travel.”