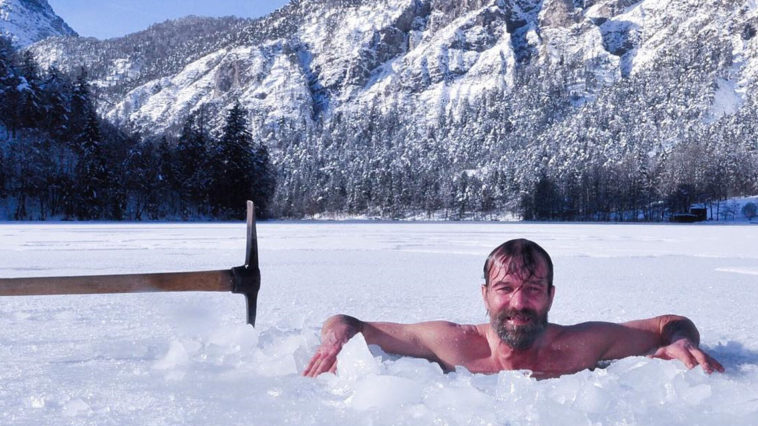 “The Iceman” Wim Hof is a 58-year-old athlete from the Netherlands, known for his ability to avoid hypothermia for a long time. So, he managed to stay 120 minutes in a pipe filled with cold water with ice, and climb Mount Mont Blanc wearing only boots and shorts.

Hof himself explains his abilities with a thorough possession of the breathing technique, which causes some controlled hyperventilation. The trickster offers everyone to learn the “Hof method” by selling books and season tickets for training.

But is it really possible to develop resistance to cold as a physical skill? In order to find it out, researchers at Wayne State University conducted a series of scans of his body and brain during the cold test.

The study with Hof was aimed to learn more about how his method works, and why it’s been so successful at helping him withstand frigid temperatures.

According to a press release from the university, the study took place over the course of three days, using fMRI and PET scans. Wayne State University Professors Otto Muzik and Vaibhav Diwadkar explained in the press release that Hof’s technique “allows him to generate heat that dissipates to lung tissue and warms circulating blood in the pulmonary capillaries.”

The study also showed that Hof’s technique could have other positive effects on the body, such as helping with mood control and anxiety reduction. Controlled breathing techniques and other practices that can help a person change their physiology, and in turn, their mental state, have been practiced for thousands of years by ancient cultures such as India. Pranayama is the proper term used for these practices, and they have helped many people tackle the most difficult situations of life by providing mental and physical strength, as well as the ability to manage emotions through breathwork. While Western practices to mental health take a more medicine-oriented approach, new research regarding the benefits of breathwork could lead the way in transforming mental health practices and therapies. Even for non-medicinal therapy sessions, incorporating these breathing techniques could prove beneficial, which is why many counselling south yarra centers as well as those around the world may look to adopting them for their clients’ well-being.

“The practice of the Wim Hof Method may lead to tonic changes in autonomous brain mechanisms, speculation that has implications for managing medical conditions ranging from diseases of the immune system to more intriguingly psychiatric conditions such as mood and anxiety disorders,” Diwadkar said.

The researchers concluded that perennial breathing practices and training in cold conditions really helped “The Iceman” to influence his physiology and improve thermoregulation, stressing that the central nervous system is responsible for this process.

“It is not mysterious to imagine that what we practice can change our physiology,” Muzik added. “The goal of our research is to ascertain the mechanisms underlying these changes using objective and scientific analyses, and to evaluate their relevance for medicine.”