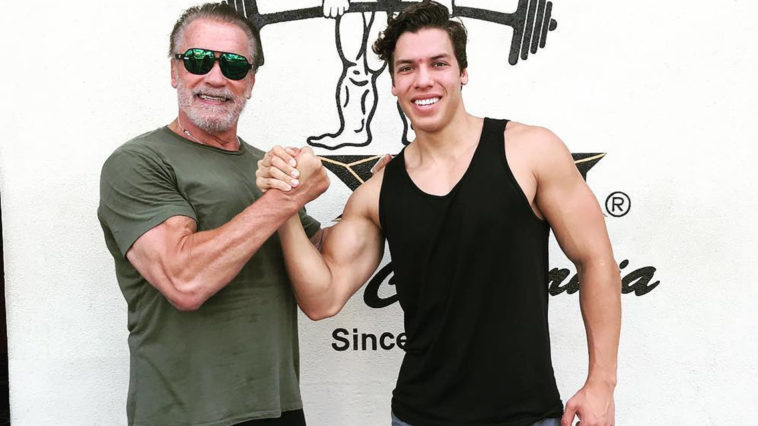 It seems Arnold Schwarzenegger’s genetics and mindset were both inherited by his son Joseph Baena.

Despite not being a bodybuilder the 20-year-old Baena has another feature – it’s his charisma. Just look at Joe’s big dreams: plans like getting bigger physique, join the movie industry and to compete in a bodybuilding show Classic Physique!

Baena is the first from Arnold’s children to show the desire to become an inheritor of the worldwide known Mr.O.

When it comes to similarities looking at Joseph it’s easy to see that father has bequeathed his genetic gifts and like his training partner and coach in the video Mike O’Hearn says:

“This is not photoshopped or CGI… this what it looks like!” 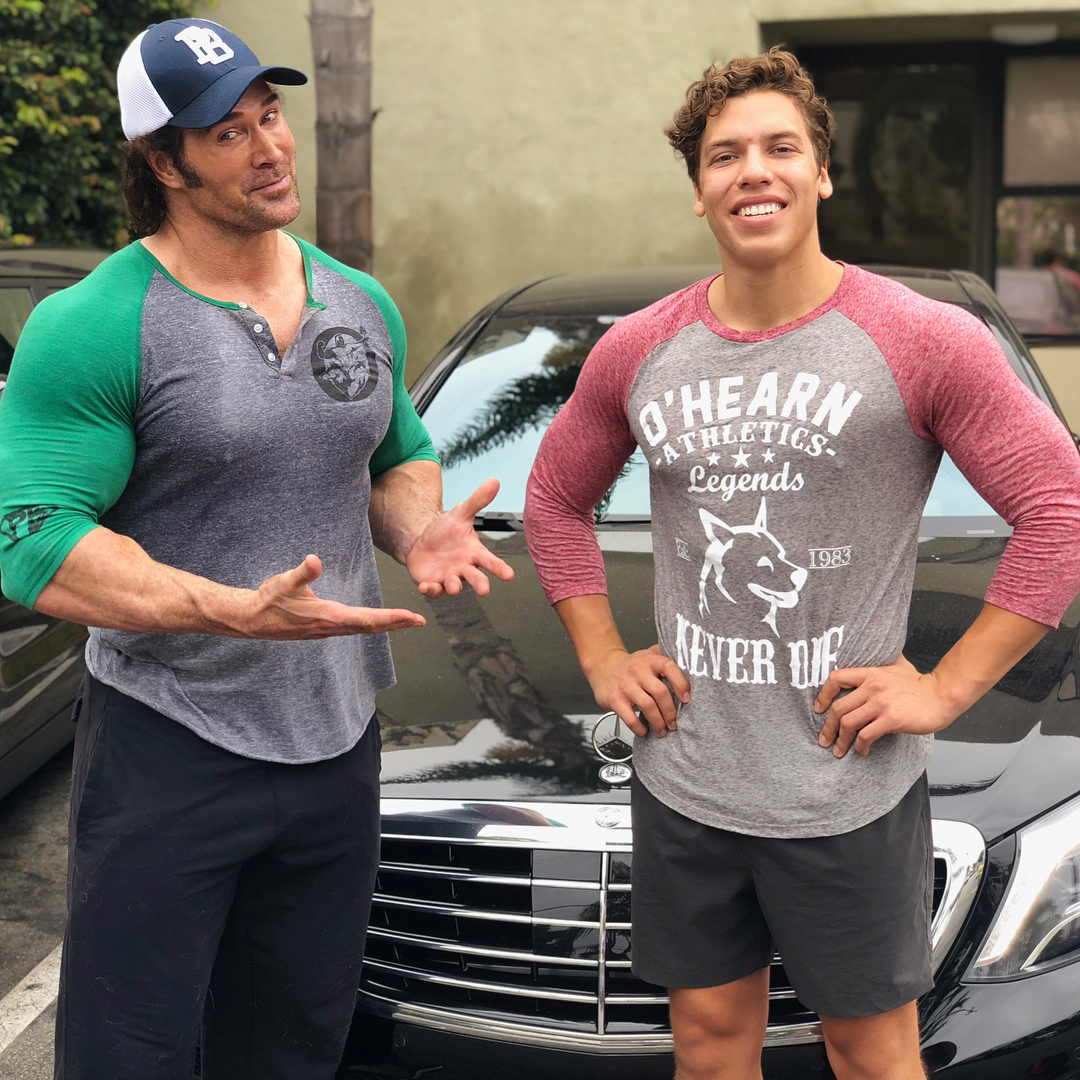 Obviously, Joseph Baena may not become as massively muscled as his father was in this age but he’s showing more and more improvement with every passing training session.

Training with aforementioned legendary Mike O’Hearn at one of Arnold’s favourite Gold’s Gym California they had a friendly conversation.

Baena and Mike O’Hearn talked about his future goals and his plans to compete in Classic Physique show.

“I want to do acting as a career, but I want to try out a competition for sure…”