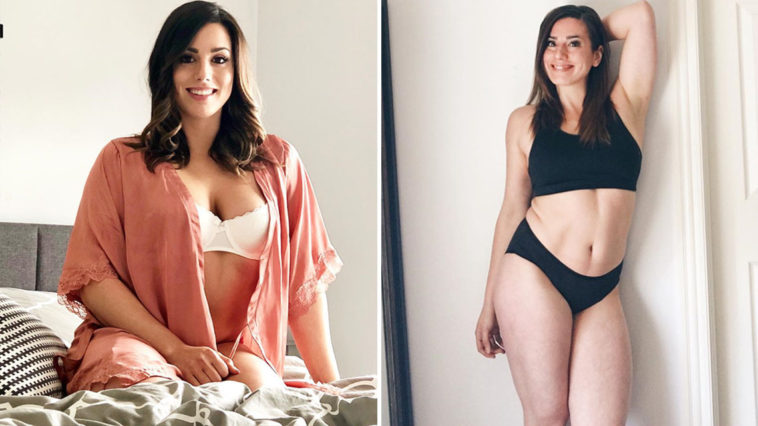 Rini Frey loved going to the gym. She has had an obsession with all concerning the world of BB until once she understood: “I am now the biggest I’ve ever been, and I’ve never been happier with my body.”

Rini has had an unhealthy relationship with fitness her entire adult life.

Speaking to Women’s Health, she revealed: “I joined my first gym with my mom at age 11 and always enjoyed moving my body, but at 17, I became obsessive. I wanted to be like the thin women I saw in magazines who looked so healthy, happy, and beautiful.”

Around that time, her friends were starting to diet and focus on losing weight, too. Whereas she always found herself gravitating toward whatever they thought was best, seeking external validation to soothe her insecurities.

Thus Frey tried their juice cleanses and started working out excessively. She did six to seven spin classes a week and would go running on top of that. Then teenager became wholly consumed by eating as little as possible and exercising as much as possible.

Her life went on like this for another six years or so. She was dedicated to “clean eating,” when in real life she was binge eating and then either purging or, more commonly, exercising the next day excessively – and then fasting for three days after.

“But at 24, I started dating a guy (who would later become my husband) who was a competitive bodybuilder. His friends were all dating bikini competitors, and they were so beautiful, so disciplined, so driven.”

“So I gave up my cardio-bunny ways and started training like a bodybuilder, hoping that doing what they did would make me happier, healthier, and more admirable,” she said.

“Everything came to a head in October 2016 (when I was 26), a month after my wedding. My new husband walked in on me in the middle of a binge episode. I knew then and there that I needed help, that I couldn’t live like this anymore. That I didn’t want to live like this anymore. What I really wanted was to feel strong, empowered—and free.”

She decided to make a drastic, healthy change.

“I hired a coach, who I worked with for six months, to help me gain weight back. I took a complete break from working out for more than two months. Mentally, I felt as if all my hard work had gone down the drain. And when I got back to the gym, I felt like I was starting from scratch. I felt weak, discouraged.”

One day she went to the gym, knocked out a great workout, and just thought, “WHOA, I feel so strong and amazing right now, and it has nothing to do with how I look!” That was maybe the first time Rini’d ever felt that way.

She has been in recovery from eating disorder for a little over a year. She admits her focus on overall strength and conditioning while having fun at the same time.

She had also transformed her relationship with food. “Now, I eat intuitively. I try and include a protein source in every meal, such as eggs, chicken, beef, beans, legumes, and sometimes cheese or Greek yogurt. But my meals look totally different from day-to-day.”

“I am now the biggest I have ever been, and I’ve never been happier with my body. I am finally at peace with my shape; a lean body never made me happy or healthy.”

Her advice for those who are still trying to shape a specific part of their body is: “Don’t sacrifice everything in your life to achieve a body you think will make you happy.”