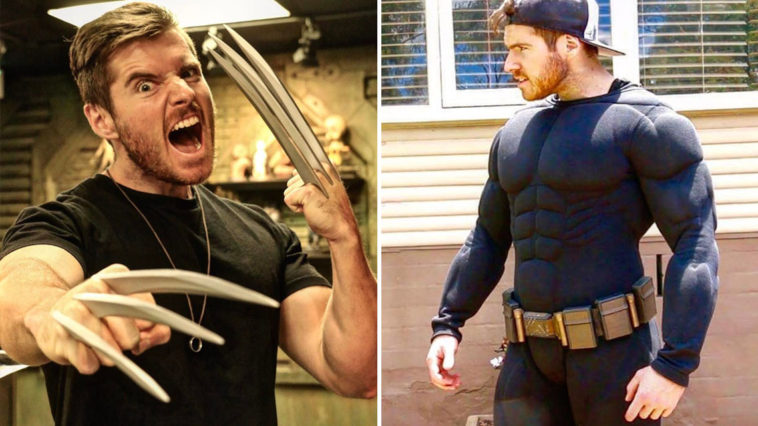 Chris Stanley from YouTube channel Cosplay Chris is the one who earns by impersonating the world’s biggest heroes.

Formerly from Australia Stanley tops the rank list of the fittest cosplayers on the continent.

“I knew I wanted to get into it [Cosplay] when I saw Christian Bale in Batman Begins,” says Stanley, referencing Bale’s body transformation from The Machinist to Batman.

From that time Chris has become a professional Cosplayer, appearing as a Captain America or Wolverine, delighting audiences around the world.

Now he even participates in Australia’s biggest hotspot for Cosplay sightings – Oz Comic-Con, where Cosplayers of different popularity celebrate their love of comics and their characters.

Fortunately for Chris, his hobby has resulted in a lucrative career, who gets paid appearance fees at Comic Cons, trips around the world, and has a legion of fans.

Moreover each of his subscribers, no matter if it is YouTube or Instagram, turn out in the thousands to meet him, not of the characters he plays.

His mission started with the idea to get healthy. Later he admitted that it plays him a prominent role because nobody would ever pay to see a skinny Superman.

“I did it [started working out] just for the health benefits,” Stanley says menshealth.com.au.

Today, Chris’s training and dieting regiment can be changed depending on the hero he wants to emulate. However, as his motto goes: “always go for bulk. I always want to look like Hercules, put on as much muscle as possible,” he says.

To maintain his superhero physique, Chris hits the gym 5-6 times a week.

He starts his sessions with heavy compound lifts, isolating larger muscle groups, before heading into more functional movements such as sprints or weighted cardio.

What about dieting, his views on it are quite modern as he adheres to “flexible dieting” approach, trying to eat as clean as possible but still loving the odd burger and chicken schnitzel.