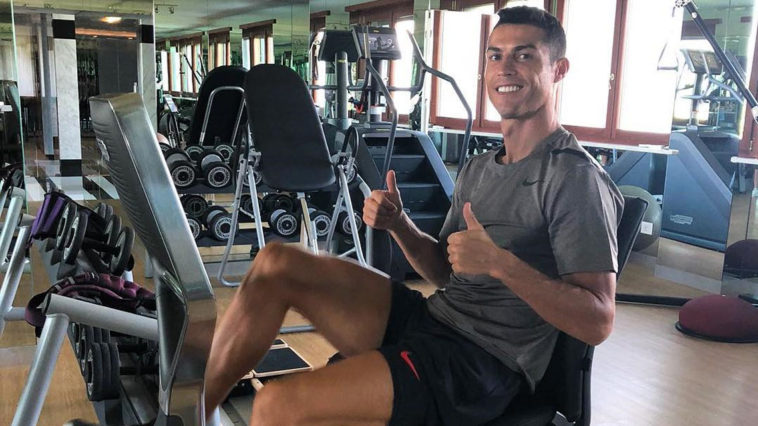 The season 2018/19 is Cristiano’s 19th. Still, it isn’t a joke that the five-time Balon d’Or winner isn’t slowing down in his quest to become the greatest.

Today we can hear the question: “How Ronaldo has maintained such a high level of performance down the years?” from every corner of the world.

And that’s not wondering that the Juventus forward keeps his heart cold while his incredible drive and ambition to be the ultimate player is beyond admirable.

To put his dedication into perspective, Ronaldo’s ex-fitness coach Giovanni Mauri has given an insight into how Cristiano’s mind works.

“Cristiano is a phenomenon and an elite level athlete,” Mauri explained to Tuttosport.

“He always trains to the best possible level because his way of working is comprised of three things: dedication, competitiveness and a positive attitude.”

“We are talking about a world class player who, when we returned home at 2am from a Champions League away match, would not jet off home in his car.”

“No, he would stop at the training centre for at least an hour for various recovery exercises and sports cryotherapy.”

Mauri went on to explain how the five-time Ballon d’Or winner is the most powerful he’s ever worked with:

“As well as living a healthy life, he has a total dedication for physical recovery. He listens to all the signals from his body: he is always able to decode them perfectly. He is an athlete who knows perfection.”

“He is a sort of fitness coach in himself. Of the seven ballon d’Or winners I have worked with, Cristiano Ronaldo is, without doubt, the most powerful.”

Think it isn’t necessary to recall what Ronaldo’s medical has revealed us.

No one would disagree that for today CR7 is the fittest footballer in the world and till he plays football professionally we are unlikely to see someone of that level of greatness.