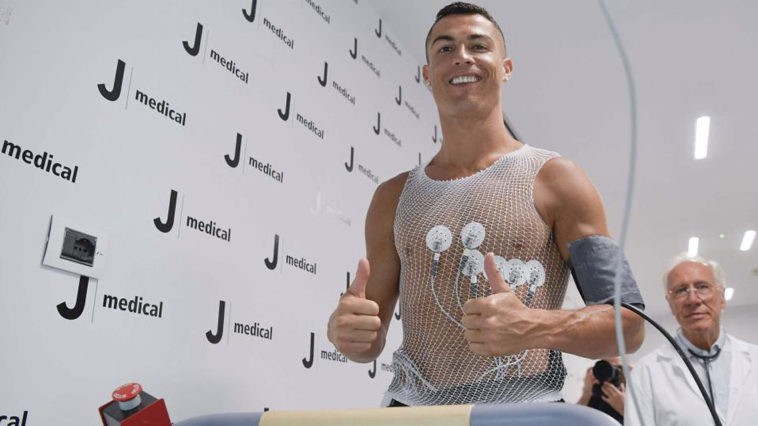 Medical examination of Cristiano Ronaldo in Juventus showed that his body feels much younger than it really is.

The journalist of the beiNSPORT channel Matteo Bonetti said that according to the results it has emerged that the striker’s physical state has been compared to a 20-year-old after results in his medical show that he has 7% body fat and an incredible 50% muscle mass, which is significantly better than his fellow professionals of that specific age group.

Besides, Bonetti notes that the 33-year-old ran 33.98km at the World Cup, which was faster than anyone at the tournament. However, we all know that Croatian player Ante Rebic had precisely the same feats of speed at the same tournament. But we can’t deny that Ronaldo is much older than Eintracht’s striker.

What is more, before he joined the Turin side earlier this month, Real Madrid’s coaching staff performed a series of tests on Cristiano Ronaldo’s body, and the results indicate that he had the physical condition of a 23-year old, but we’re now comparing his results to someone three years younger, Sportbible reports.

It comes out that Cristiano Ronaldo is a freak of nature who loves football by all his heart and never misses a day in the gym to be always jacked.

The five-time Balon d’Or winner will inevitably conquer hearts of Juventus’ fans all over the world as we can see that his feats of health are even bettering year by year.