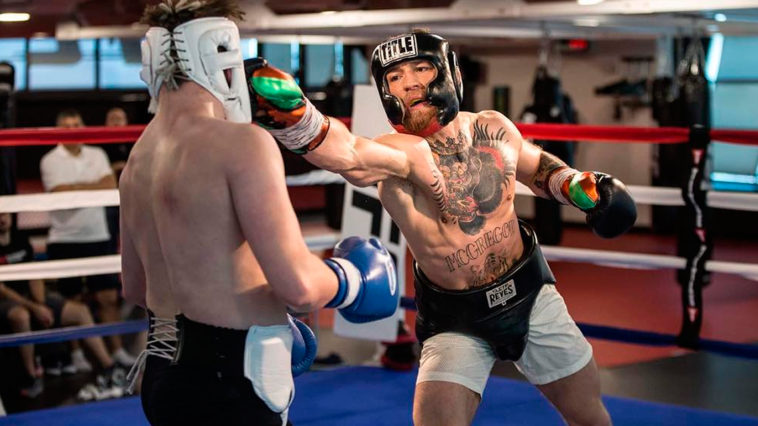 UFC President Dana White has posted video of the Conor McGregor and Paulie Malignaggi (former two-weight boxing champion) sparring session. Of course, the video clips only show a small part of the 12 rounds that McGregor spent in the ring with Malignaggi, but the UFC champion had plenty to say in response to his former sparring partner on Friday.

White said the following in his social media posts:

“For all the people who think @thenotoriousmma can’t box. This is gonna be a FIGHT!!!! For those that don’t know this is Conor vs Paulie Malignaggi former IBF and WBA World Champion.”

“Here is the video everyone wanted to see of Conor vs Paulie Malignaggi former IBF and WBA World Champion @thenotoriousmma.”

For all the people who think @thenotoriousmma can't box. This is gonna be a FIGHT!!!! For those that don't know this is Conor vs Paulie Malignaggi former IBF and WBA World Champion.

“He was looking for an exit. The spars were not good for him,” McGregor said about Malignaggi. “He took a lot of head trauma. Straight after it we were worried. The sparring partners were actually telling us when he was dropped back to the home that he was stumbling out of the car after the 12 rounder. He was knocked down, he was flattened against the ropes. Multiple times, the ropes kept him on his feet. We were worried about him.”

Shortly after the videos were released, Malignaggi took to Twitter where he explained the push down from McGregor’s right hand on the back of his neck in the video.

Pushing my head down with right hand as he's draggin me in that direction by it then throwin the left, the push down is with right hand. https://t.co/txdK1ZQsIi

Does it look like Conor McGregor got a knockdown or a pushdown on Paulie Malignaggi? You be the judge.