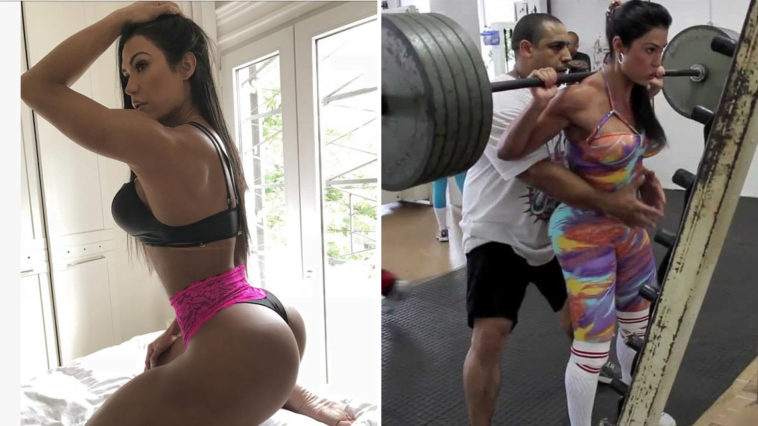 The owner of 6 million Instagram followers and a fantastic appearance, conquered the net with her super fit abs and impressive bum.

However, her work out sharing has caused some problems for her reputation.

As an average fitness blogger Brazilian model posts almost every exercise online. But first, her recent videos fell into an eye of the Reddit chain which started huge debates over Barbosa’s feats of strength.

They accused her of using fake weight plates to make her lifts look significantly more impressive, mass-wise, then they are.

As evidence, YouTube account Nick’s Strength and Power pointed out that her 495 lbs for ten reps squats were absurdly easy, and happened to be completed without the usage of belts, wraps, or a whole lot of visible effort.

We all know the theory that because of the overabundance of crazy lift vids your account would become viral. However, the fact that Barbosa, an IG model, not a powerlifter, was diminishing the accomplishments of real female lifters who actually can put up 495, is some kind of weird as for me.

These sources are absolutely sure that these plates aren’t real.

Though obviously, it’s up to you to decide how personally valuable you find this. But we do think that those tricks over such a huge following-base wouldn’t pass unnoticed.