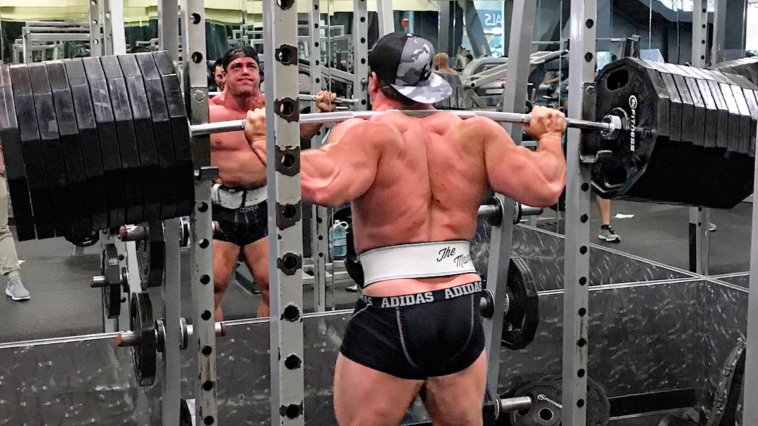 Everyone wants to look like a complete alpha male badass in the the gym and on social media, but by using fake weights? Brad Castleberry has come under fire recently after fellow powerlifters have accused him of using fake weights for his lifts on Instagram to make it appear as if he’s lifting more than he actually is.

Nobody is saying that Bradley Castleberry can’t lift. We know he lifts and we know he’s strong AF. Just look at him. What he’s being accused of is padding the stats by adding fake plates in addition to real plates. Award-winning natural bodybuilder and YouTuber Nick Miller posted the exposé above in which he breaks down examples of Castleberry’s suspicious bench attempts.  Nick also goes on to explain how easy it is to purchase fake plates and how to spot these fake plates when watching videos on social media.

Seemingly minute details visible in slow motion give Castleberry away, according to Miller. “Look how easily he just shifted that 700 pounds on the bar from side to side.”

“I find it very hard to believe that 700 pounds would shift that easily, nor do I believe someone would try to shift 700 lbs side to side before they lift it.”

Castleberry has nearly 750,000 followers on Instagram. Brad may be totally jacked, but looks like he might also be full of shit.  Bradley’s hope is that he can prove his plates are real, and he can regain the fans he’s lost after being accused of padding the stats.