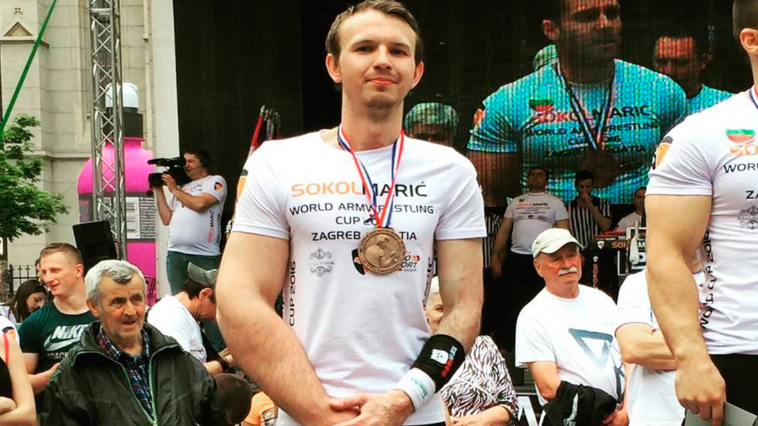 The 30-year-old German Matthias Schlitte is the sporting world’s newest superstar, having turned a childhood disability into a weapon of dominance.

Schlitte was born with a rare genetic defect that makes his right forearm bone 33 percent larger than his left. This left him with an enormous limb that looks strikingly like Popeye’s — and gave Schlitte an instant advantage in the sport he suddenly found himself loving.

When Matthias Schlitte was 16 years old, the German attended a local arm wrestling tournament at the suggestion of his mom. When he arrived, he got plenty of looks and laughs; after all, at 140 pounds, Schlitte was much smaller than his fellow competitors.

Matthias , who has nicknames also as ‘Hell Boy’, has won the 14 arm wrestling world championships and is now a star all over the world.

“Everyone has a challenge in life,” Schlitte told Australia’s Yahoo7 Sport. “I’m not a religious guy or anything but this was a gift from a higher power and this was my calling in life.”