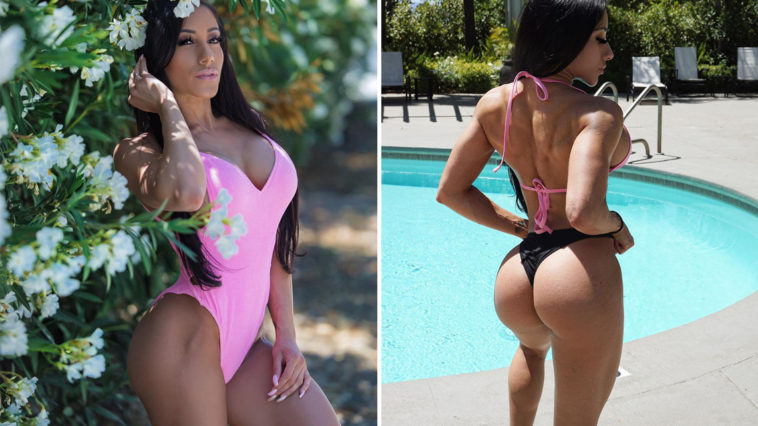 Despite all the visible differences Bikini division didn’t go far from it’s elder brother men’s open division. Girls have their own Phil Heath reigning champion Angelica Teixeira which is ruling the Bikini Pro.

However, it doesn’t mean that this category suffers the lack of talented competitors. To prove with an example let’s take a look at a strong woman like Narmin Assria looking to realize her dream of becoming champion.

In our humble opinion, Narmin is the closest one and is actually ready to usurp the Queen of the division and secure the title of Bikini Ms. Olympia.

Assria isn’t a rookie competitor, experienced enough athlete is an eight-time Olympia participant. The talented woman is looking to transform that talent into a win at the 2018 Olympia. After years of hard work and sacrifice, Assria has built a beautiful physique, both muscular and undeniably womanly at once.

What about her posing, her beauty in this fixture is also undeniable, making her one to watch as she takes the stage this September.

FIRST CALL OUTS TODAY ? – Omg felt SOO amazing to be back on stage again ? This was check ins with @kimbooddo this morning so don’t mind the sleepy face & no make up haha ? I cant wait to see some stage shots from the show! What an amazing line up of beautiful woman! It was an honor to share the stage with them all. Back to my room now resting up for finals. Pros go back on tonight at 8pm ☺️ – Thank you to each and everyone of you who reached out, messaged me, & came up to me today at the show ? – @spectrumfitnessproductions @bodybyo @tmariesuits @npcnewsonlineofficialpage @bikinipronews @bpi_sports