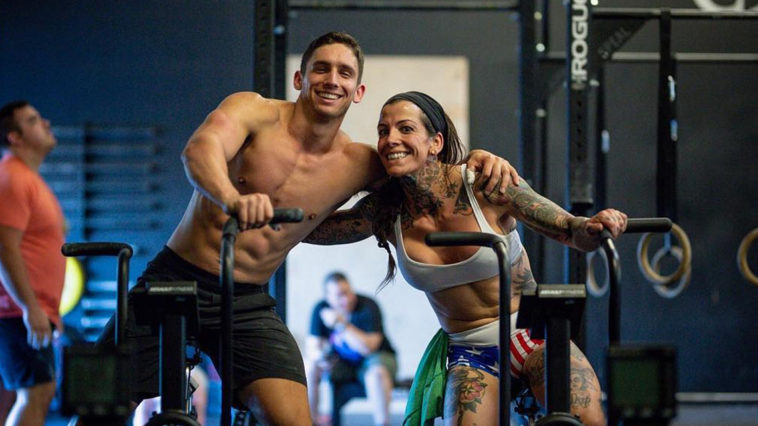 2019 CrossFit Games will be the first ones to allow transgender athletes to participate.

From a historical perspective, Greg Glassman’s early articles signaled a new era of fitness. – When a pegboard showed up in Event 12 of the 2015 CrossFit Games, a lot of people were shocked. – That’s a weird reaction by any follower of a sport in which competitors sign up to face the “unknown and unknowable,” but it’s even weirder when you consider CrossFit’s founder wrote about pegboards back in 2002. – In the second issue of the CrossFit Journal, Glassman listed and sourced all the equipment a person would need to turn a garage into a “world-class strength and conditioning facility.” – The article “The Garage Gym” has been sitting in our archives since September 2002. Be that as it may, a great many people missed this section of it: “Pegboards can be used to develop great back and arm strength. … Again, we have plans to install pegboards on our walls soon. This is our favorite alternative to the climbing rope.” – Glassman’s articles contain the first true definition of fitness, they explain exactly why and how the CrossFit program works, and they detail everything you need to know in order to become very fit. All together, they’re like finding the formula for gunpowder. – Continue reading “The Glassman Chipper” by @CrossFit204 in the CrossFit Journal. – ? @antlucicphotography | #CrossFit

“This is the right thing to do,” CrossFit chair and founder Greg Glassman said in a statement. “CrossFit believes in the potential, capacity, and dignity of every athlete. We are proud of our LGBT community, including our transgender athletes, and we want you here with us.”

Prior to this decision, athletes were required to enter divisions at the annual competition according to their gender assigned at birth. This is part of what led Chloie Jönsson, a transgender woman, to sue CrossFit for banning her from competing in the women’s division in 2014. According to BuzzFeed News, the case was settled in 2015, and now, Jönsson says that she’s overjoyed at the company’s new policy.

First day back at actually snatching, worked up to 55kg with my homie @clurrburr13 . I want to do this wisely and injury free, gonna keep myself in check & leave my (self imposed )competitiveness at the door so I can have fun and all the such. Also @axwel.gsd helping me out with some post lifting poses.

“It’s huge for us. There’s no reason to hold any negative feelings toward CrossFit. I’m just stoked for all of my trans brothers and sisters that we have the chance to compete.”

CrossFit hasn’t announced if there will be any restrictions around how trans athletes will be allowed to compete, but according to Will Lanier from the Out Foundation, an LGBT health group that has been consulting with CrossFit, the company has thought about following the lead of the Olympics.

It means that they would require a year of hormone therapy for trans athletes, and would also restrict trans athletes from switching back to compete as their gender assigned at birth.