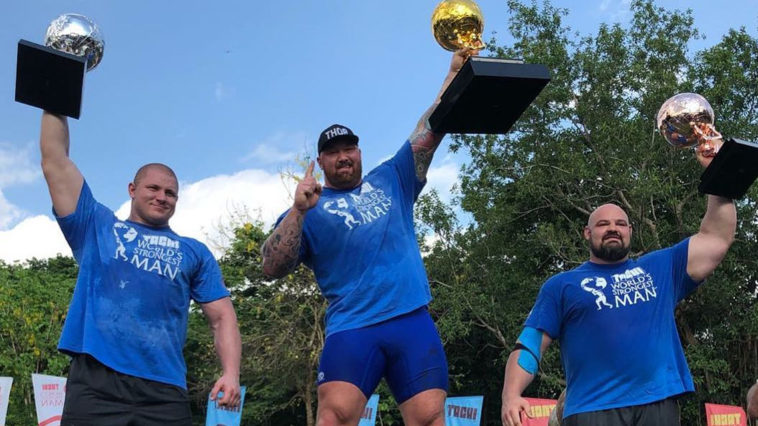 Hafþór Júlíus Björnsson, known to Game of Thrones fans as Gregor Clegane or “The Mountain” finally won the annual World’s Strongest Man 2018 competition after coming in second or third place in the six previous years.

The 2018 WSM competition took place in Manila, Philippines, after spending the past two years in Botswana.

THE WORLD’S STRONGEST MAN 2018! ?? . . Want to thank all of my family, friends and fans for supporting me along the way. . Special thanks to my coach @australianstrengthcoach and my nutritionist @stanefferding . . Also want to thank my sponsors, @kjotkompani @sbdapparel @roguefitness . . Congratulations to @kieliszkowskimateusz and @shawstrength for their second and third finishes! . #numberone

The 29-year-old Hafthor bested a field of 30 strongmen, including the four-time winner Brian Shaw of the United States.

What about his closest rivals, the 2017 World’s Strongest Man Champion Eddie Hall was not competing in this year’s competition due to an injury. Mateusz Koelszokwski from Poland finished second while Brian Shaw settled for third place in the nine-day event.

Huge thanks to my team for hands down the best support! #TEAMICELAND #NumberOne

To recall, during this year, Björnsson became the first person to take all three Strongman titles after winning the Arnold Strongman Classic and Europe’s Strongest Man competitions.

Running with 150kg/330lb sandbag like nothing. Tag your friends that would like to be carried by me! Maybe 2-3 girls at the same time!? ??‍♂️

Non adjustable Conan’s wheel at WSM. I don’t think this was designed for guys like me over 2 meters tall ?Just as well I’ve been practicing my deep squats. Here’s a 350kg in the hole ?? #asstograss @sbdapparel @roguefitness @australianstrengthcoach @theworldsstrongestman @andrimarinn @andrireyr @stefansolvi @kelc33 @basebodybabes

Björnsson, who stands at six-foot-nine and weighs over 400 pounds, is also eager to turn back to the screen when Game of Thrones comes back for its final season in 2019.