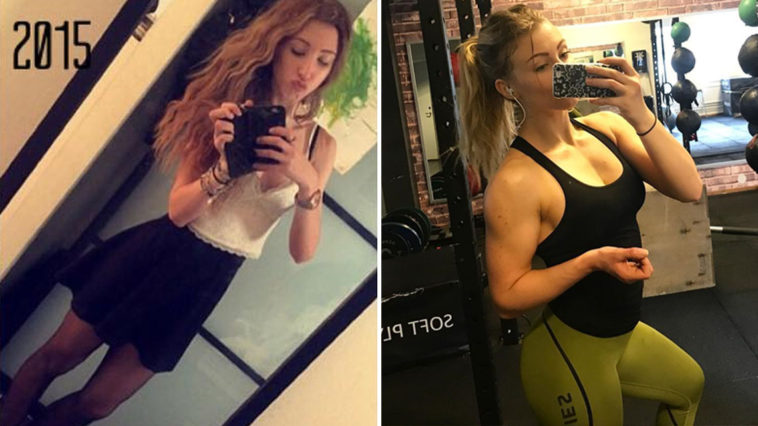 Amanda Kristiansen, from Sweden, was just 11 when anorexia struggle began.

The young anorexia survivor has told that her body weight went down to just five stone after living on a diet of sparkling water and chewing gum left her feeling like she was “dead”.

18-year-old Gothenburg-based receptionist decided to lose weight at the age of 11. She was convinced that in this way people would ‘notice’ her which would help her make friends, but instead, her eating disorder left her feeling isolated.

Amanda’s routine consisted of training every single day. She thought she had to cut out sweets and carbohydrates from her diet what has led her to eat anything other than chewing gum and sparkling water.

Hundreds of young people around the world are often faced with the same situation; they believe that eating proper food can be harmful or cause them to put on a lot of weight, leading to them refusing to eat, which ends up causing numerous health issues. Stemming from a misaligned relationship between the body and mind, teenagers (or even adults) who cannot make sense of it are left to deal with it on their own, sometimes not even realizing that they may need help and if sought, they can actually get it. Eating disorder treatment programs do exist in a number of places today, and seeking these out could help solve body image and eating issues through intuitive and distinct treatments.

In order to give her family the impression she was eating Kristiansen hid food in her pockets and bra.

“At that time, I was incredibly insecure, hated how I looked and how I was, I was the silent girl and barely had any friends. I had always been normal weight, but I always had a very wrong body image,” Daily Mail quotes her.

“Just after summer 2010, I was very depressed and felt incredibly lonely, I felt there was something was wrong with me, so I got the idea that I should start to lose weight to change myself.”

“I started training several times a week, which then became every day. I gave myself a ban on candy, which then led to not eating carbs at all and then I went so far that I did not eat at all.”

“I lived on carbonated water and chewing gum to keep away the hunger feelings. I didn’t allow myself to sit at all, just when I sat in a car or when I was asleep at night, though I was not allowed to sleep for more than seven to eight hours a night.”

“I hid a lot of food in my slippers, bra, and pockets and I was an expert at lying.”

“When I was at my worst my family told me that it was like I was dead. And that’s the truth, I felt like I was dead, I had no control at all, I just wanted to die.”

Parents were suppressed feeling like the only miracle could save their child. But the one thing that was really successful was weightlifting.

“I found my love for strength training, and that was one motivation to start eating. I also started to hang out with friends again and found new friends. I wanted to be able to do everything that they did.”

“I started to see the positive things in life, and that did that I fought harder.”

Overcoming anorexia was a turning point in Amanda’s life. Now she proudly shares her body images being at the same time an excellent example for young girls facing similar problems.

“I am happy about how my body looks, I wouldn’t say I love it 100 per cent, but I don’t think anybody in this world does,” she said.

“But I feel comfortable in myself most of the time, and I can live my life how I want.”