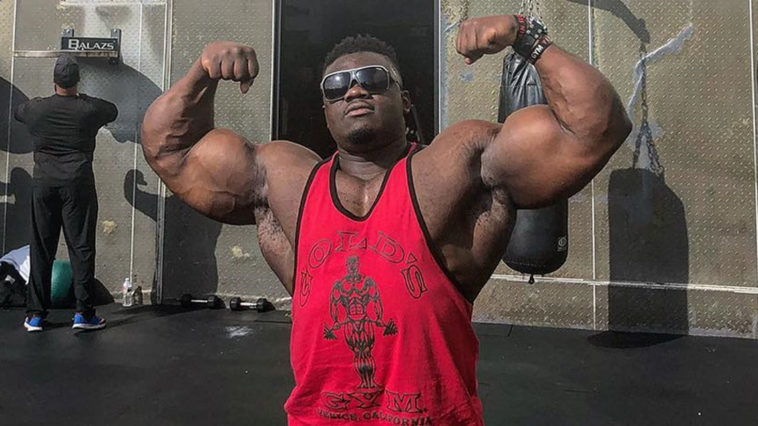 Not far ago Blessing Awodibu has reached his desired IFBB Pro card which in its turn gave him an extra portion of motivation to continue transforming his already massive physique.

That is why in order to make the best first impression on the Pro stage he can Blessing is full of preparations for the upcoming competition.

Hoping to have the biggest pro debut ever literally, Blessing Awodibu is trying to maintain a lower body fat percentage while packing on a ton of size.

Whereas some bodybuilders tend to rush into their pro debut after obtaining a pro card, but the Irish athlete is choosing the slow and steady approach for his first show.

However, the athlete doesn’t indulge his subscribers with everyday photos of current progress, but we can still follow his transformation by rear figure snaps.

Have to say it seems to be paying off as Blessing Awodibu is packing more and more muscle onto his already massive frame. He also appears to have his water retention down which works doubly to make him look like the Hulk.

For today “The boogie man” is almost like this Marvel hero as he is much bigger than Men’s Physique Pro Tavi Castro, while Yanita Yancheva looks like a schoolgirl compared to Awodibu.

He has already let us get a glimpse of his progress and his monstrous back as well as shared pics from his co-workout with Ulisses.