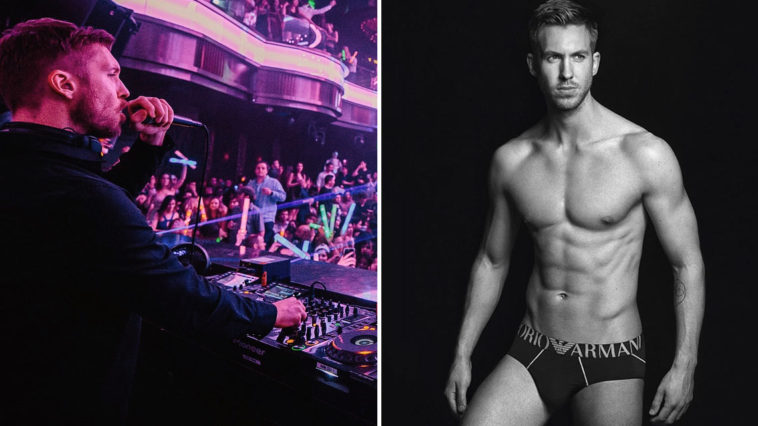 Adam Wiles more known as Scottish DJ Calvin Harris is back on top once again. The 34-year-old master of the decks is back with fresh new music and a renewed outlook on health and fitness. Even after all of his success, this DJ is still producing top hits that are taking over the charts. With every album he releases, he has to go on a world tour to promote the music and meet some of his fans. Calvin Harris is one of the most popular DJs in recent times, he has fans all over the world and he inspires so many people to follow in his footsteps. Many aspiring DJs have looked up to Calvin Harris from the start of his journey and have tried to copy all of his dj equipment to try and produce their own music. Hopefully, more DJs will be able to have long-lasting careers like Calvin. As he sets off on his next tour, he shared some of his best fitness tips.

Harris proves being happy and healthy is the key to being productive. His road to the podium of fitness transformation could be named “from daggy man-child to a stylish source of fitness inspiration” as the DJ has received plenty of attention of recent years, thanks to his changes.

On tour but also training for next Armani shoot! Staying in a gym routine while on the road is tricky, but as long as you don't drink, eat well, sleep enough and take one of those mad little ab rollers with u everywhere you'll be good

“When you are a spotty, awkward teenager, you don’t want people to look at you. It’s a self-conscious thing. Everyone looks at you because you are extra gangly,” said Adam according to the Daily Sun. “It’s only in the last five years that I have come to terms with the fact that I am a big tall b******.”

Since moving, Harris has reportedly been able to focus on healthy eating and staying fit, thanks to a healthier variety of food options and the odd cheeky pilates workout. “The food is fantastic over here. You can eat healthily, there are a lot more healthy options – that’s a fact,” he said.

Happy birthday to my manager @gillespiemark I love u

After that, there were some awesome Armani snaps featuring Calvin on the main stage. “On tour but also training for next Armani shoot! Staying in a gym routine while on the road is tricky, you don’t wanna pull a muscle and end up out of the game but as long as you don’t drink (alcohol), eat well, sleep enough and either take one of those mad little ab rollers or some CBD oil (https://vibescbd.co.uk/) with u everywhere you’ll be good.”

According to Now magazine, some of that food included his daily go-to breakfast of an egg-white omelette with smoked salmon and spinach. Harris is also the owner of a veggie patch, where he grows his own watermelons.

Another secret of his great shape is avoiding alcohol while on tour. So he admits that the combination of the right food non-alcohol diet accompanied with the aforementioned ab roller is the key for his “humble” results.