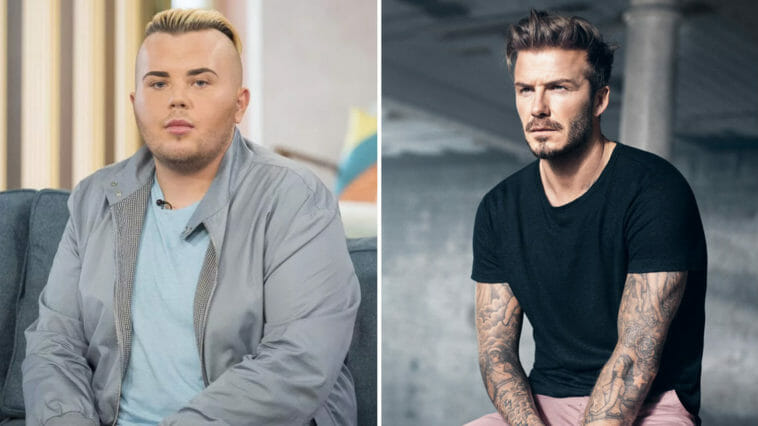 This year was rich on people altering themselves to the extreme in order to look like their fictional or non-fictional idols. This is the third person after the “barbie doll” and “Angelina Jolie clone” on our pages who tries to change his appearance in an unusual manner.

Jack Johnson spent 20 thousand pounds (about 25 thousand dollars) on plastic surgery to look like football player David Beckham. To say truth, he is far from his dream.

Johnson managed to correct his chin, cheekbones and teeth, and also have tan injections that changed the tone of his skin to a darker one. Despite he agrees it was a bad idea he plans to spend another 30 thousand to complete all operations.

At the same time the Briton does not work anywhere and lives on benefits. He stressed that he does not spend allowances on plastic surgery – instead he takes money in debt. How to repay debts, Johnson does not know yet.

At the same time the Briton does not have stable job and lives on benefits. He stressed that he does not spend allowances on plastic surgery – instead he takes money in debt. The problem is that Johnson does not know how to repay debts yet.

The leaders of “This Morning” on ITV could hardly hide their sarcasm when they discussed Johnson’s face. Holly Willoughby called on the guest to pay attention to his inner world, and her colleague Philip Scofield was interested: “Do not you get sad that you do not look like David Beckham, but you are deeply in debt?”

Jack revealed the truth about that incident: “I told them I was but really I wasn’t – I was in the worst place ever on the inside.”

“I’m not speaking out because I want notoriety or fame anymore – I’m genuinely doing this because I’ve come out the other side of it,” he said. “

“I was trying desperately to look like him (David Beckham) and it nearly cost me my life.”

“I feel like I’m in the best place ever now – and I really don’t want anybody to go through what I have.”

“Nobody should ever aspire to look like celebrities to that extent, and I’m an example of that. You need to just be yourself.”