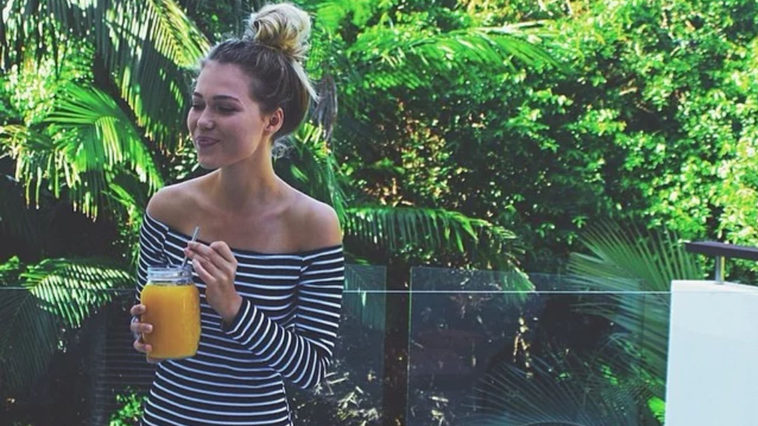 After three years of publishing videos on YouTube, photos on Instagram and Tumblr posts, having a total of about one million subscribers, then 18-year-old Essena O’Neill said that she understood the effect of all these likes and clicks on herself and on users of social media in general.

In late October 2015, model and vegan advocate from Coolum, Australia Essena O’Neill deleted over 2,000 photos on her Instagram that had over 600,000 followers. She renamed the account “Social Media Is Not Real Life” and rewrote captions for old posts. She also decided to quit all other social media accounts, including Tumblr and Snapchat.

In her book, “American Girls: Social Media and the Secret Lives of Teenagers,” Nancy Jo Sales writes, “O’Neill did a powerful thing: she’d said what many people were already thinking, or had thought at some point as they posted another selfie or edited picture that made their lives seem more perfect and glamorous than it actually was.”

O’Neill said that when she quit social media, she had several projects planned, after having performed sponsored posts and received payments from YouTube.

“Culture creates validation and insecurity,” she says in a video on her new website. “I did everything in my power to prove to the world that ‘Hey, I’m important!'” Mashable quotes her.

“You know how good it is just to have a day and not think about anyone else, what anyone else is doing?” she asks. “I was miserable because of numbers I saw on a screen.” Nearly crying, she adds, “Even with all these followers, I don’t know what is real and what is not.”

“I obsessively checked the like count for a full week since uploading it,” she wrote in a new caption. “Only reason we went to the beach this morning was to shoot these bikinis because the company paid me and also I looked good to society’s current standards…took over 50 shots until I got one I thought you might like, then I edited this one selfie for ages on several apps.”

In the first few days following her announcement, O’Neill’s decision became viral. O’Neill received praise while also being criticised for eliciting “confusion” amongst her following.

After her announcement, she decided to launch a website called “Let’s Be Game Changers,” meant to “inform people”. In the site, she posted videos questioning social media and encouraging followers to think about the way they use social media. The site also featured a section called “behind the image,” which served to shed light on the details and preparation behind her previous images posted to her Instagram account.

Among those who criticized her were fellow Instagram users, Nina and Randa Nelson. The twins produced a video titled “Essena O’Neill Quitting Social Media Is a Hoax”, which questioned her claims. The twins said Let’s Be Game Changers was in fact “100-percent self-promotion.” In a forum post on her site, she stated that she would not engage with the accusations.

O’Neill started using Vimeo as the only platform to communicate publicly. O’Neill took down Let’s Be Game Changers in December 2015 because being online “felt toxic”, followed by an email newsletter sent to her followers. Around this same time, Let’s Be Game Changers redirected to a blank site with her name on it. She then announced that she would be writing a satirical book called “How to Be Social Media Famous”.

“I saw more, I listened more, I had more time,” she writes on her website about quitting social media. “I found myself becoming more and more creative, less stressed, happier and with this new sense of power…. but most of all I just felt more.”