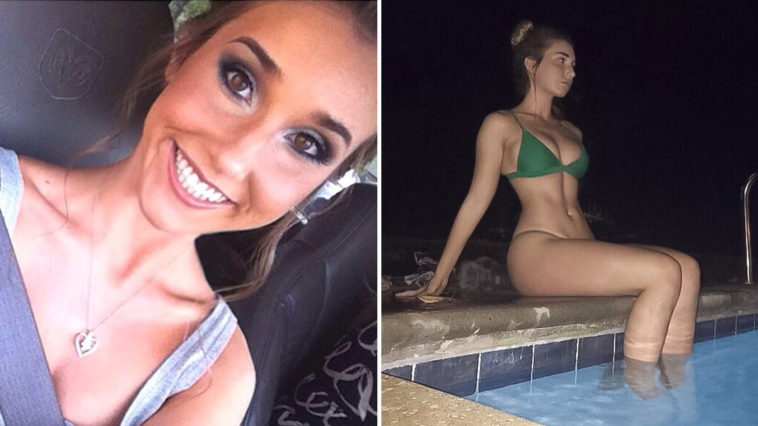 The 21-year-old, Regan Slatic, a university student from California, suffered from bulimia.

Troubles started when she was 15 in 2012. The age when every girl is insecure about her body because it’s still changing and developing.

The eating disorder manifested itself after Slatic started visiting the toilet to vomit her meals out. The peak of absurd came when girl competed with her peers to consume the least calories.

Speaking to UNILAD, Regan said: “I had naturally thicker legs, and I remember running during PE class and having some girls and boys point and whisper at me and later on had a friend tell me that I was nicknamed ‘Thunder Thighs’.”

“This was also around the time that Tumblr blogs that promoted anorexia and bulimia were a huge thing, and these blogs sold me the idea that if I were skinnier if I had a thigh gap, if my collarbones stuck out and I could count my ribs…that I would be happy, and I eagerly bought that idea.”

“I let everyone else’s opinion of my body affect me way too much. In my freshman year of high school, I dated a senior who constantly ridiculed me for ‘being too tall’, and if I was going to ‘be that tall, I should at least make sure I was skinny, otherwise I look like a man.’ Those words affected me a lot, and soon after I started dieting and working out a lot.”As you see, Regan was surrounded by the worst examples we could ever imagine, prompting her to eat the least.

“I remember feeling a competitive nature with quite a few girls to see who could eat the least amount of calories, who could workout harder, etc. If a friend told me their coffee from Starbucks they got everything morning was only a certain amount of calories, I’d make sure to change my usual coffee order to have fewer calories than theirs.”

“If they told me how they burned 500 calories at the gym that day, I’d go out of my way to make sure I burnt 600 or 700 when I went to the gym next. I kept telling myself that I was ‘competing to be the skinniest and have the best body’ but really the only person I was competing with was myself.”

And as it usually happens, the disorder took over her life. However, Regan continued struggling to admit she had a problem.

“I wasn’t ready to admit that something was wrong with me and that bingeing and purging and skipping meals had taken over my life.”

“The act of starving myself, bingeing on too much food and then throwing it all up had become a comforting routine that I wasn’t ready to give up, the idea of gaining weight and getting better seemed nonexistent.”

“I even struggled with it all through my freshman year of college, even after joining a sorority. A few times I’d even gotten caught vomiting in a bathroom in my old sorority house, and I played it off to being ‘hungover’ because that was easier than admitting to someone that I wasn’t okay, that I had an actual problem.”

After visiting a doctor, the girl decided to start eating more than she had ever used to, to give up all the diets and to refresh her lifestyle.

Finally, she has now come out the other side with the invaluable commodity of self-love.

“If you’re hungry, EAT. Don’t withhold yourself from anything you want, whatever it may be, especially food.”

“It is what gives you the energy to be the best version of yourself, and although it’s hard to develop a healthy relationship with it, food should be your best friend, not your worst enemy.”

Today, she regularly posts photos showing her incredible body: “I do think I’m hot! And I love that I think that! I love feeling beautiful, and I love posting photos that make me feel beautiful.”