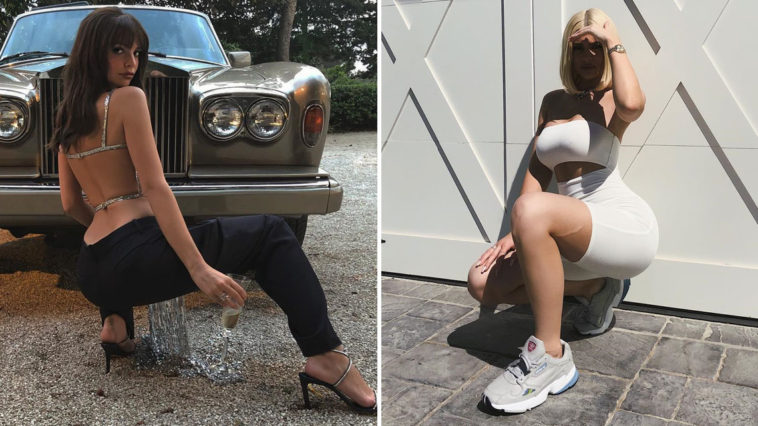 Squats are the most popular exercise among women to be done while photo shooting. With all visible effects this movement gives us (slightly bigger bum, strained muscles for example) concerning our bodies, in addition, we can flaunt our feats of strength by putting more disks for one and only rep that would be on your page soon.

Insta models, as usual, didn’t want to stop squatting at the gym. Why not perform a pose similar to our favorite movement?

This trend was immediately caught up by stars of Instagram like Kylie Jenner and Emily Ratajkowski after whom the pose was dubbed – the “Hot Squat”.

Now women are popping “hot squats” not only to tone their glutes but also to bless us all with sexy new pictures.

Men would agree that it’s ridiculous to see snaps in such an uncomfortable and impractical pose. Moreover, it is still a question: what was sexier than the “Hot Squat” or the “Toblerone Tunnel”?

Maybe someone would rather see his girlfriend performing the “Migraine Pose”?

Let’s just see the hottest examples of the newest trend on social media.

Straight off the camera, straight from the snow that’s how @timur does it ?