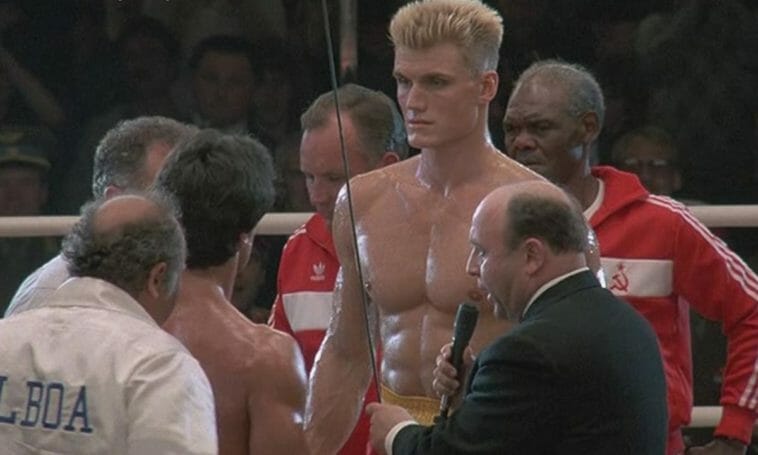 Sylvester Stallone has been dropping hints that the Russian supervillain Ivan Drago would return to the Rocky franchise in the upcoming sequel to Creed.

JUST DONE …. if you are curious , around 439 handwritten pages translates into about a 120 page typed screenplay …#writers cramp #rockybalboa #drago #adoniscreed #MGM

In what has become one of the worst kept secrets in Hollywood, it appears as if Dolph Lundgren will actually be returning to the role that made him famous in Rocky IV. That would be his iconic portrayal of Olympic gold medalist slash Apollo Creed-killing machine Ivan Drago, of course.

The Swedish-born actor dropped a workout clip that only adds to the already-overwhelming amount of evidence that we’ll definitely be seeing the Russian power puncher back in the ring. We get to see Lundgren, now 59, hitting it hard in the gym, captioning his new video, “Getting ready for something big! ?

Lundgren and Sly both posted this.

Sparring with heavyweight Giants can be a little tiring, but great fun.#CREED2

Directing APOLLO AND DRAGO , The two best "cinema "boxers that ever lived!… Maybe it's time to try to again?

The battle continues in one way or another…#creed#rockybalboa.1976#ivandrago

Just another day on the heavy bag! ?