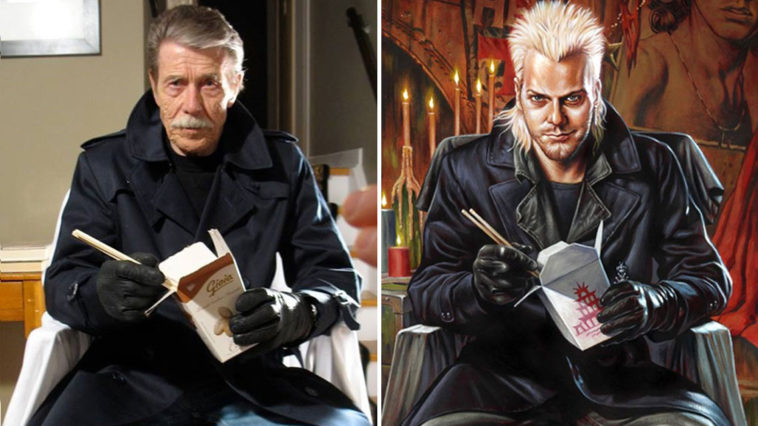 Illustrator Jason Edmiston has been creating works of pop culture for more than 20 years and for all that time he did not have a better model than his own father.

Most of the artist’s works, which include film ads, toy packaging, and various posters, are to some extent based on a picture of the source material. Sometimes this source material is a screenshot or photograph of a subject having a proper similarity.

Often such a model becomes the artist or his father, with the corresponding details of the costume.

“When I have a concept sketch for a piece worked out, I pop over to my parents’ house and get my dad to dress up like the character while I set up lighting to match the scene. He’s very accommodating and willing to pose in all sorts of ways, and always manages to get into character. He never says no to a request and is always enthusiastic. I have yet to meet a better model,” says Edmiston.

“He (his dad) never refuses a request and always treats it with enthusiasm. I have not yet met a better model,” the artist proudly says.