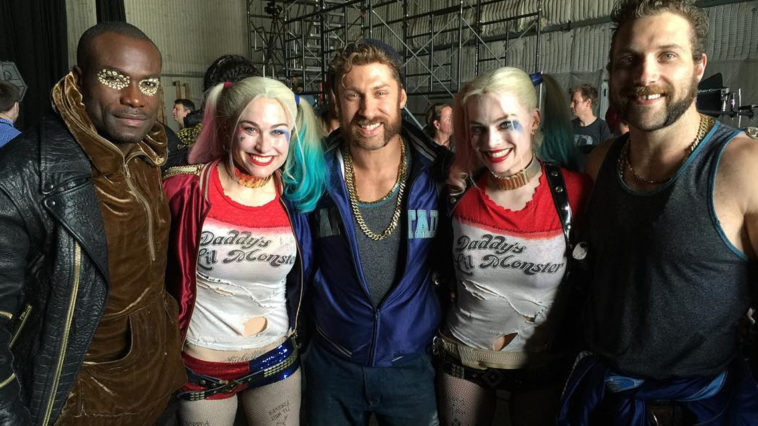 Ingrid Kleinig does many things: apart from being a film aficionado and a talented racing driver she is also Margot Robbie’s stunt double.

It’s actually a common misconception a lot of people have of stunt doubles, she explains to Unilad. In fact, Ingrid takes pride in the precision of her craft – lest she suffer more broken bones than those she already doesn’t care to count.

Ingrid revealed some interesting facts about the Suicide Squad movie: “The Harley costume did place restrictions on the stunts,” she explained, but added, “we became very creative with our safety equipment, from designing custom harnesses to fit under micro-shorts, to moulding body armour from 2mm thermoplastic Kevlar.

Recalling the “real sense of family” and rare “universal camaraderie”, Ingrid said: “We were on night shoots for the better part of six months and, at times, the cast didn’t leave the studio for days.”

“We’d shoot all night, wrap when the sun came up, spend a few hours unwinding, catch some sleep in the trailers and wake up late afternoon ready to start it all again.”

Grown in eastern Australia, Ingrid was a consummate performer from a young age, but she didn’t realise stunt work was a profession and assumed actors did all their own stunts.

“When I discovered I could combine my passion for physicality and extreme sports with performing in film, there was no turning back,” Kleinig revealed.

Years were going by until once the notorious Harley Quinn role came up and offered a “no-holds-barred” opportunity to combine characterisation with chucking her body around a film set. That is where the future-famous doubler agreed it was too good to pass up, apparently.

Ingrid elaborated: “Harley Quinn is definitely the most fun I’ve had with a character. Her batsh*t crazy, unpredictable nature meant dramatically, there were really no limits to how far out of left field we could venture.”

“That’s rare. It was very liberating.”