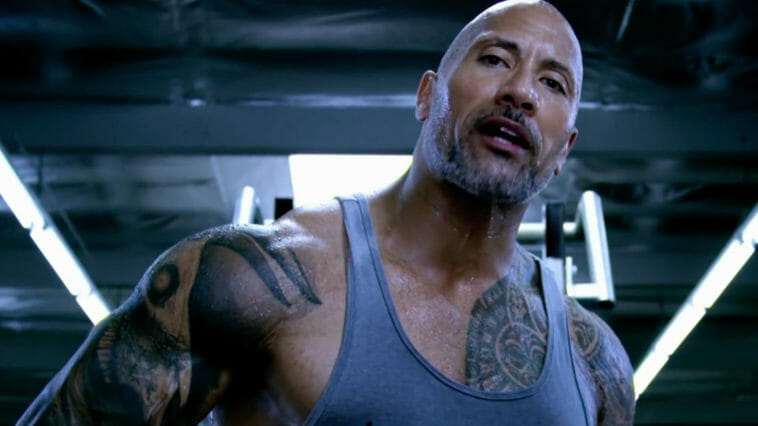 The Rock’s business doesn’t end up with starring film as he has got a new fitness television reality program presently entitled “The Titan Games” (“Program”) coming out, and it’s open to everyone. Thus, it would be a great idea to start practicing your pushups and pull-ups right now.

We’re all fatigued and tired. Long week.. I get it. But no matter how many days and nights you do it… you’re only as good as the last one you do. Grateful to grind. Let’s get to work. And my left knee looks like I’m smuggling a human head. #SaturdayNightFunk #WestCoastIronParadise

As you can see Dwayne “The Rock” Johnson is bringing a fitness competition to NBC, and it’s currently accepting applications.

The official site of the competition says the next: “NBC and Dwayne Johnson’s nationwide search has begun. If you’re motivated, athletic, and willing to push yourself beyond your limits, you could have the opportunity of a lifetime! Inspired by Johnson’s desire to motivate everyone to reach their potential for greatness, “The Titan Games” welcomes men and women who are strong enough to believe in themselves and confident enough to test their own abilities by taking on physical challenges of epic proportions.

“The Titan Games” will test not only competitor’s physical strength but also their mental and emotional endurance. In the Titan games, the determination will be rewarded, and a new breed of heroes will emerge.”

Titans aren’t born.. they’re made. You can feel the buzz in the air for our @nbctitangames. I wanted to create a platform to shine the spotlight on everyday people willing to do extraordinary things thru their athleticism, relentless will and indomitable human spirit. Our @sevenbucksprod partnered with @NBC and the creators of AMERICAN NINJA WARRIOR to bring you a competition series unlike anything you’ve ever seen before. Don’t just watch me, I need you to JOIN ME. *Link in my bio to TRY OUT. #TitanGames #SevenBucks #ASmith #NBC #UniversalTelevision

This show will offer everyday people the once-in-a-lifetime opportunity to compete in epic head-to-head challenges designed to test mind, body, and heart.

There aren’t any details on what these challenges will consist of, but the website promises they’ll be “physical challenges of epic proportions.” We certainly wouldn’t expect anything less from The Rock, whose new tattoo will be seen in one of his upcoming movies.

The most frequently asked question about the show is what kind of chance does a regular guy/gal have of getting on the show? According to the site, every applicant has to do is submit a three-minute video describing themselves and showing off their fitness.

Love these shots of me and my good buddy Jackson Slater – the only one I’ll stop the entire photo shoot for to take selfies ?. Son of @bslater9 & @travelkara8. He asked me, “Rock when I become an adult can I come and workout in your gym?” I said, “Absolutely Jackie, when you become an adult you BETTER workout here” When he smiled huge it was game over for me. That smile is what it’s all about. Alright, the big, brown, tattooed Willy Wonka’s gotta get back to work. #ProjectRock #UnderArmour #ChaseGreatnessCollection #PhotoShoot #WestCoastIronParadise ??

Then, of course, there’s a small “fitness test” to complete on camera. It has three parts:

To conclude – to be considered as a potential competitor, you must:

The last question is how precisely The Rock is finding time to host a new reality show. As everybody of us is as baffled as the rest of you. Maybe that’s the machinations of his secret stuntman.