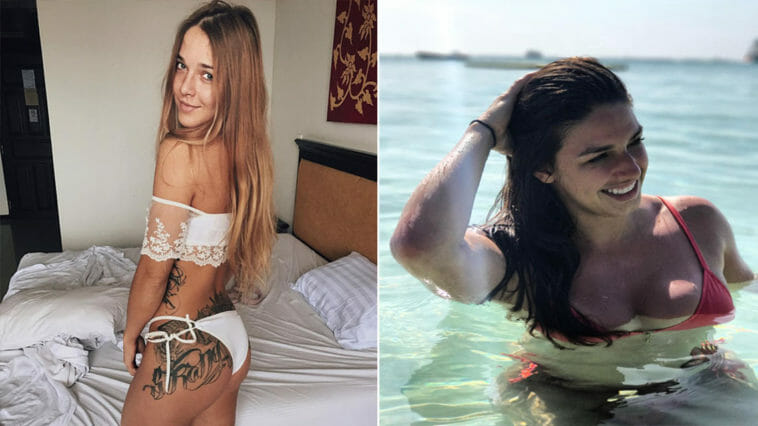 Have you ever wondered why all women involved in martial arts are so hot? Never? So did we. They are not only tough in the ring, but also hot outside of it. Talk less, work more. Here is it, our top 10 best female fighters.

UFC/MMA-KEGI fighter under Andrey Tsarkov. Alexandra`s hobby is CrossFit. Apart from fights loves training in the gym. Maybe that`s the secret of her charming physique.

Our american mixed martial artist was a model in the past. She is on the contract with Ultimate Fighting Championship. Also, had an oppurtinity to star in the TV series.

Born in Moscow, Nastia is a competetive mixed martial artist. Currently competes in Flyweight division in the Bellator MMA. She has won 9 fights, 2 of them by knockout.

The defenseless american, Ronda Rousey. Two years of successful performances have made her very popular in the MMA world. At the moment, Ronda is the only female fighter whose Instagram followers count increase day-by-day. For today she has 9,7 million.

For today Mackenzie is an ADCC Champion, World Champ, World Pro Champion and No Gi World Champion. It’s fantastic, isn’t it? What is more, this charming girl is a former world No. 1 ranked IBJJF competitor.

An active girl-fighter and a perfect model of Juli Firso takes the fifth place. At the age of 15, a sport-obsessed girl began to study muaythai. Now she is a certified trainer, Muay Thai and bjj fighter and acphoto model

Nowadays Miesha is one of the strongest female fighters of her weight. Her successes, together with natural attractiveness, made her the star of the female MMA.

Fights in the UFC strawweight division. On Septmber 2017 she was #9 in the official UFC Strawweight rankings. Loves to take hot photo sessions. Maybe because of this her popularity grows enormously.

The most popular female fighter in the world is a part-time model and actress. Held 8 fights in the professional MMA ring and only one was defeated by her opponent. Western media call her “the dream of every MMA fan”, and indeed, the charm of this girl can`t be hidden.

Of course, she is not so popular, successful and well-known in the MMA as Gina Carano, but after some hesitation, the choice of our team fell on her. The Thai-American bikini model with a record (14-5) on 2011 gave birth to its first child – daughter Araya.