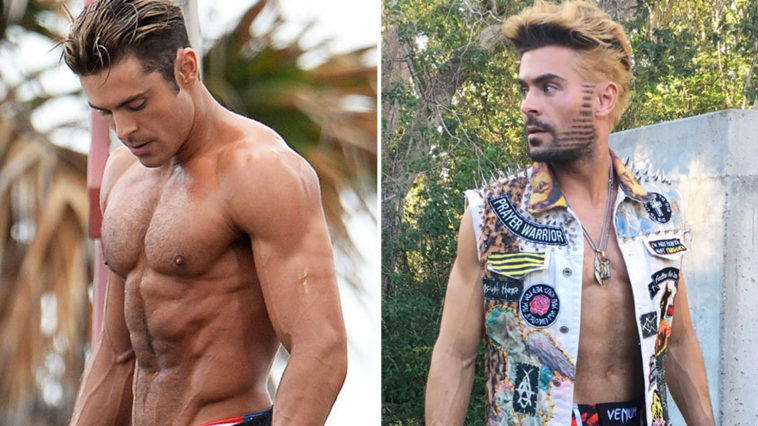 There are no doubts that Zac Efron has an incredible torso and his workout is worth stealing, but his latest style transformation is kind of weird.

In order to change his body in total commitment to a role, Zac had to do some significant steps.

May your holidays be epic. ?#happyholidays

According to photos he published on Instagram, such style wasn’t his own idea as his job is to look like the character for his latest movie The Beach Bum, alongside fellow fitspo Matthew McConaughey. The story surrounds a stoner surfer (McConaughey) and also starts Aussie beauty Isla Fisher.

While his haircut and fashion sense can be easily brought into question, it’s evident that Efron has channeled his inner athlete, recreating his famous Baywatch beach body.

To recall, the blonde hair and tiger stripe beard are a far departure from his usually clean-cut look.

Hope soon we all would get used to his new appearance. Perhaps, when The Beach Bum would become the world’s classic movie, everybody will copy Efron’s style. But not today.

I was really not ready for this @ZacEfron ????? pic.twitter.com/49tmakNxb3