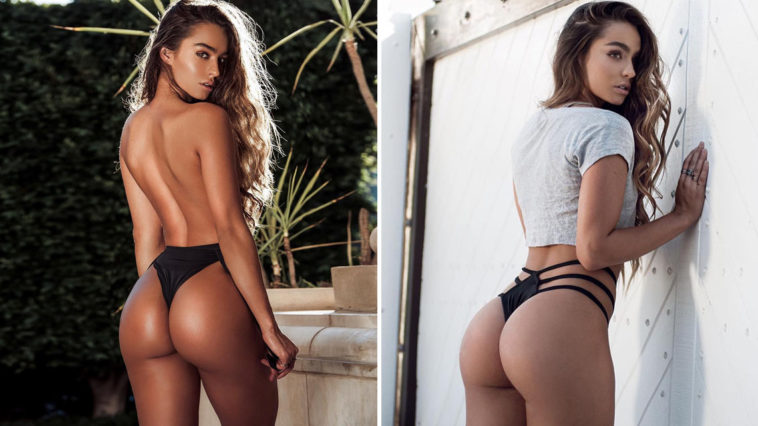 Sommer Ray (in translation from Norwegian – Summer Ray) is a famous American fitness model, known primarily thanks to photos of her bum and Instagram posts dedicated to fitness. Sommer was also nicknamed the Belfie queen.

Issa vibe ✨ Behind the scenes of this photoshoot is posted on my YouTube channel! Check it out babes ❤️ link in bio ??

To date, Sommer has gathered more than 18 million fans on her Instagram page. In 2017, she started her channel on YouTube, and in just half a year the number of subscribers exceeded one million, and each video collects on average about 2 million views.

Sommer’s parents are competitive bodybuilders. They often took Sommer to visit their actions, which motivated her. Sommer began to practice at the gym under the guidance of her parents from the age of 15.

hella heart eyes for you

In 2013, at the age of 16, the young model began performing in the fitness bikini of the American Federation of NPC. In 2015 she won the Colorado State Championship in juniors and in the growth category D, that is, up to 169 cm inclusive.

Ray has a brother Bronson and two sisters, the eldest Savana and the youngest Skylin. Sommer often publishes a short Vine videos with her mom – Snannon Ray, which has almost half a million subscribers on Instagram.

she is madness & sanity she is hell and paradise

Raised in Larkspur, Colorado, with two sisters and a brother, Ray was homeschooled until freshman year of high school. Ahead of summer break, when she was 15, she dropped out due to bullying. “I was slut-shamed in a way — everyone from my hometown judged me,” she says of the bare-bottomed photos she began taking before her account took off. “They didn’t understand when I posted pictures of my ass on Instagram, it was because I’d worked hard for it. It’s not a sexualized thing,” she told Cosmopolitan.

Ray’s fitness routine consists of five sessions a week for up to a 90 minutes. Two of those five days, she works her lower body. “If my glutes are sore, I tell myself, ‘I probably shouldn’t work them today,'” she says. “I just listen to my body.”

“There’s not a certain exercise or specific workout that’s beneficial,” she says. “I switch it up every day and try to make it fun because as soon as it feels like a job, you don’t want to do it.”

During her workout, Ray relies on equipment such as the Smith machine, abductor and adductor machines, which engage the inner and outer thighs and butt; the cable machine, which she uses for kickbacks; ankle weights for donkey kicks; and the leg press machine.

“If you do any exercise right, with the right form, you learn to isolate your muscles,” she says.

“I don’t want to motivate women to look like me — I want them to love themselves the way I do,” she says. “Society puts on the pressure to look and be a certain way — you’re your best when you are confident in yourself.”

wedgie deeper than ur emotions

What did you just say

summers in the air baby, heavens in your eyes