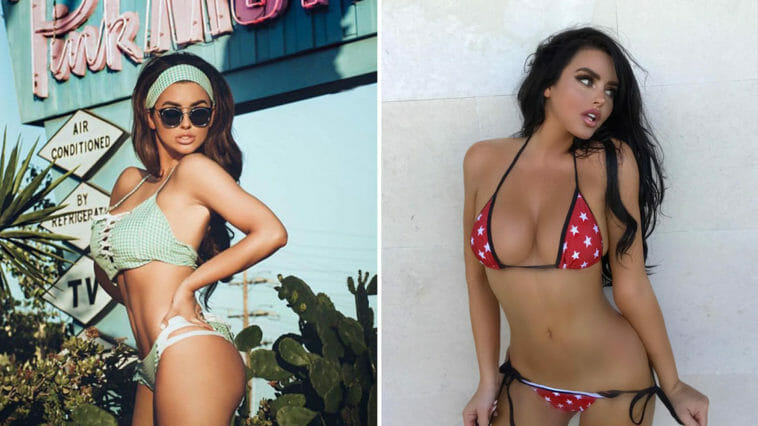 Until recently, Abigail Ratchford barely made ends meet to at least somehow earn a living. The girl had to work on three jobs at once – the assistant of the lawyer, the secretary and the barman making less than $2,400 each month. Now Abigail is one of the most popular photomodels in the US.

25-year-old Abigail Ratchford from Pennsylvania is the one of the brightest examples of enormous desire to be successful.

Her life changed in 2013, when a friend-photographer asked her for a bikini photosession for his portfolio. The resulting pictures he posted on the “Facebook”, and from that time her popularity starts.

According to the NY Post, Ratchford’s lucrative social media career began to make money for her after Ratchford posted a video to her Instagram starring herself bouncing about in lingerie.

After that Abigail’s page has reached 1 million fans. This figure was significant for Ratchford. “For every million [followers], you can charge up to $1,500 a post,” Ratchford told the Post.

And, over a year after having accumulated more than $10 thousand, went to conquer Los Angeles.

The girl attracted the attention of such editions as Maxim, Sports Illustrated Swimsuit and Barstool Sports.

Now top companies invite her for photo shoots, as well as for advertising of various products. Thanks to this girl, can earn $ 170,000 a year.

Despite the fact that majority of the fans are male, Ratchford also wants to focus on the female audience. The girl regularly shares the secrets of beauty with her subscribers in “Snapchat”.

Can someone please give me this tan/ freckles combo again ?? #SopaleRightNow ?

“I do not want to be just an Instagram-model, I want to become a permanent name of a cosmetic brand, as well as a company for the production of underwear and clothes, and I want to be treated with respect in this industry.”

As you see, IG earnings are really worth it. An obvious example is the couple of travelers who also make money with the help of social networks.