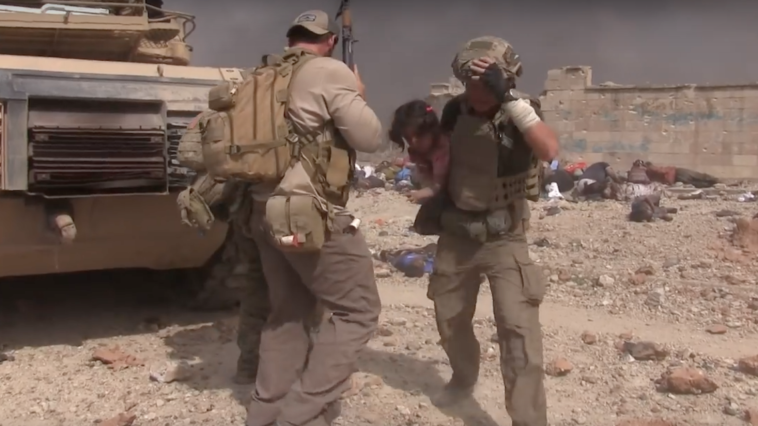 This soldier went through ISIS gunfire to save a young girl in Mosul, Iraq. The video has been watched about 380,000 times by now.

56-year-old former U.S. Special Forces operative and currently the head of a volunteer service organisation, David Eubank was brave enough not to hide behind the tank while a little girl was in danger. He ran under fire, being covered by other soldiers. He didn’t have much protection, only a bulletproof vest and a helmet.

In his interview, the brave soldier said, “I thought, ‘If I die doing this, my wife and kids would understand.'” He remembers that there were piles of dead bodies when he noticed a light move, which saved the girl, made her visible among those bodies. In the end, neither the hero nor the girl were injured and most of the people praised David for what he did.