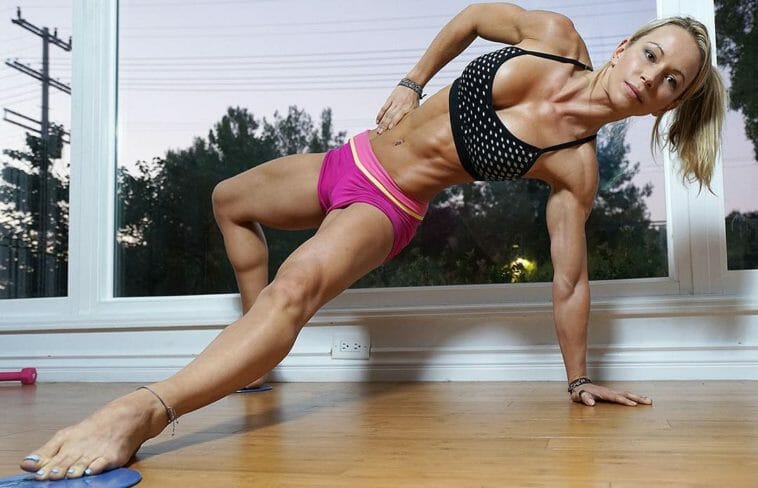 The well-known fitness model Zuzana Majorova from the Czech Republic, known under the pseudonym of Zuzana “Zuzka” Light, started her career starring in adult films but became popular fitness professional.

The well-known fitness model Zuzana Majorova from the Czech Republic, known under the pseudonym of Zuzana “Zuzka” Light, started her career starring in adult films.

Before moving to North America, Light worked as a model and a softcore pornographic model under the name “Susana Spears.” She described the experience as “an incredibly humiliating situation,” and said she felt lucky to have survived the experience, and that “working on fitness helped me heal emotionally and rebuild my sense of self-worth.”

Light runs popular online fitness instruction channel on YouTube. That is how she describes her own deal: “My channel is all about fitness, healthy lifestyle and holistic health. I post tips about exercise and diet every single week.” says Zuzka about her video channel.

“I’ve been a fitness professional for the past ten years. I have my own online subscription club ZGYM™ at ZuzkaLight.com where you can find all the workouts and diet advice you need to get in the best shape of your life. ”

Before starting her current YouTube channel, Light co-founded the fitness website and YouTube channel “BodyRock.tv” with then-husband Frederick Light. The couple split in 2011 and divorced in 2013.

Light has appeared in national TV advertising spots for companies such as Airbus, Stroda, Gambrinus, Nodabrewing.com, and Raiffeisen Bank. She has contributed to various fitness publications, such as Shape Magazine, BodyBuilding.com, and multiple other news outlets. She released a book in December 2015 entitled 15 Minutes to Fit: The Simple 30-Day Guide to Total Fitness, 15 Minutes At A Time.

The 35-year-old claims her classes require maximum effort to get quick results. She prefers workouts that must be short and effective.

The essence of her training consists in the high-intensity workout for the activation of metabolism. The idea is to give out the maximum effort for a short period of time (10-20 minutes).

The exercises she uses are not complicated at all, but Zuzka Light strives to come up with something new every time to prevent the body from getting used to it. At the core of her training are crunches, lifting the legs, squats, push-ups, burpees, etc.

Fitness model tries to control the size of portions using her palms – this is the best and individual tool for measuring the volume of food she thinks. Businesswoman regularly eats every 3-4 hours and drinks a lot of water.

Zuzka Light believes that training in the gym has made her a person she is today (not only physically), led her to the best stage in life. They raised her and saved the negative influences that took place in the first half of her life. She is grateful for her vocation.

I’m really excited for this year because we’re really going to take it to the next level in the ZGYM – don’t wait to start your fitness journey, because right now you can take advantage of the discount coupon code “Goals2018” and get your first month in the ZGYM for only 0.99 cents! I’ll see you guys in the ZGYM (at ZuzkaLight.com) with today’s brand new workout 15 Minute Fat Burn ?