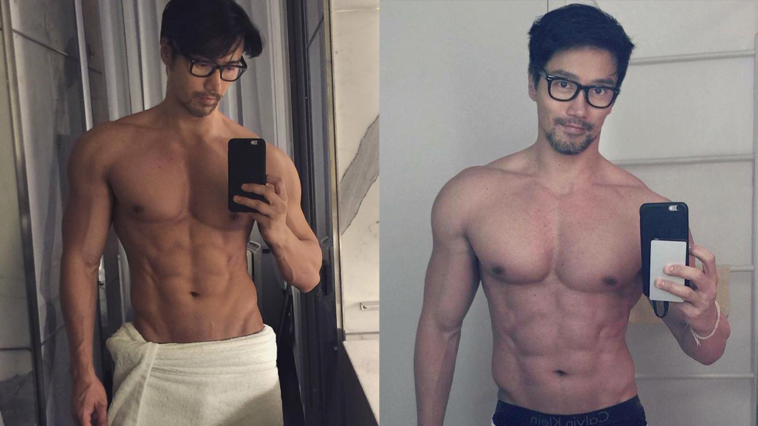 Chuando Tan is a 50-year-old model from Singapore who shocking everyone because of just how young and cut he’s looking at his age. The man does not hesitate to stage and show off his muscular torso and youthful face on his account Instagram, where it is followed by 340,000 subscribers.

After a career as a model started at the age of 15, Chuando Tan was reconverted, in 1996, as a fashion photographer, reports the Straits Times, Singapore daily. He has collaborated with the magazines Elle or Harper’s Bazaar. In 2008, he directed the cover of Janet Jackson’s album, Discipline.

Alongside his ripped physique and baby-face charm, his hair is – enhanced or otherwise – raven black and he dresses like a man several decades younger.

An irreproachable lifestyle based on sport and a balanced diet based on rice and chicken hainan, an Asian specialty. He also claimed not to take baths late at night or early in the morning to take care of his skin.

"When you choose to see the good in others, you end up finding the good in yourself" ✌️? #happyhumpday – 7TH JUN 21:22

That’s likely far from the full story of how exactly Tan is able to maintain his sprightly visage, though.

Just because ??✌️️#halloween? #fallenangel "I promise I won't be nice tonight" lol ???? #being #lame #athome

?Happy 9th of August to all my fellow countrymen ? #Singapore ?????

Hanging out with a childhood bud ??⚡️

PRESENTING: Midnight Swimming. Midnight Posing. Lol ?? ————————- The situation is so traumatizing that the only solution for this time, is to get out of there and escape to the unknown world. Although as scary as it seems, but what can be worst than what he has been going through ? His mind and heart speak with one voice for the first time: "It is time to explore the murky depths of the moonlit ripples !" "Jump right in, feel the fear and do it anyway!" As he drags his steps into the dark water… They speak again: "you'll never know what's in store for you until u let go what's not meant for you, so that the right one will catch you !" -continue (A mixed up mind inspired by @xplacidacidx ??) – 23rd Jan 16