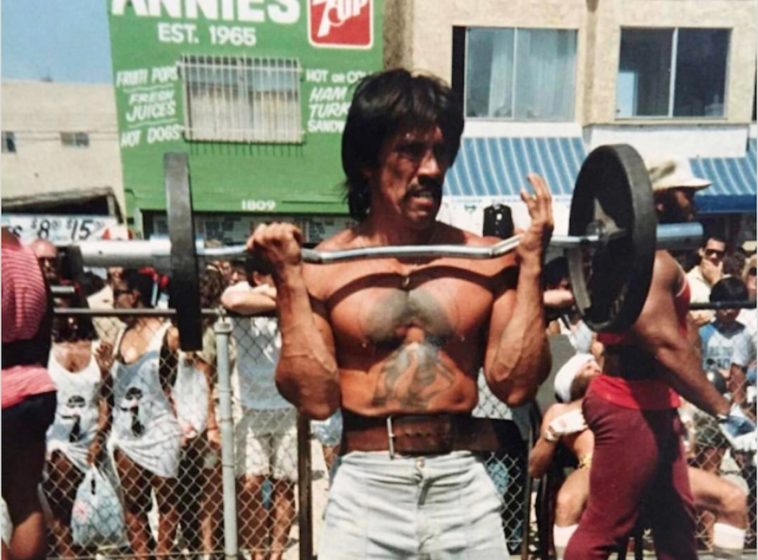 73-year-old American actor Danny Trejo is known for his portrayal of villains in Hollywood movies and for his past of a drug addict and criminal but not many people know him as a champion in boxing.  He spent 11 years in and out of jail serving terms for armed robbery and drug offenses. However, he didn’t waste time in prison and even won the lightweight and welterweight boxing titles.

#TBT 1990 with my homeboys from Venice Beach

In one of his interviews, Danny shared how to be fit in and out of prison as he really has an experience with that. Typical prison workout is some press-ups, dips on the toilet and press-ups on the sink. When he was in prison, Danny used to do mostly callisthenic workout in the yard as he was a boxer.

Danny’s uncle was the one who taught boxing to him. He was 8 and his uncle was 13-years-old at that time. Uncle later took part in amateur boxing contest Golden Gloves. Knowing quite something about boxing helped Danny through the prison, he became famous and respected there. And here he shares some of his boxing experience. Trejo thinks that MMA has started in prison.

Danny ended up on a movie set thanks to one of the kids who used to buy drugs from him and his first role was a convict. Since then he played many convicts.