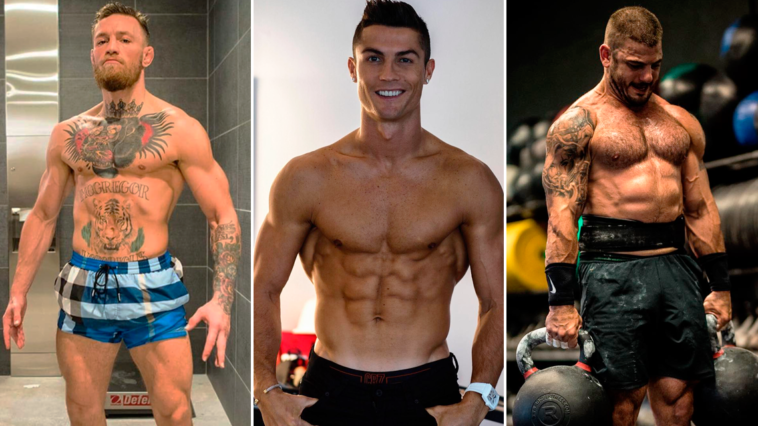 Sports Illustrated compiled their list of the Most Fit Athletes in Sports based on: ‘performances in the last 12 months, demands and risks of their respective sports, training regimens, longevity and physical benchmarks, including: speed, strength, endurance, agility, flexibility and power.’ The list is dominated by NFL, NBA and MLB stars.

A lot of things have been said about Jordan Burroughs since he burst onto the scene in 2011. He’s fast, strong, and explosive. He has great wrestling technique. He has keen tactics and is very mat savvy. Jordan Burroughs won 74 kg gold medals at the 2012 Olympics and at the World Wrestling Championships in 2011, 2013 and 2015.

The brash Irishman just made it into Sports Illustrated top 50 fittest athletes, beating out some very surprising fighters.

“Ireland’s unapologetic, unabashed superstar athlete may have lost to Floyd Mayweather, but the 29-year-old’s ability to compete against one of boxing’s best—after already making history in a completely different sport, becoming the first to hold two UFC belts at two different weight divisions at one time —speaks to his insane level of fitness and athletic abilities.” — Conor McGregor’s entry via Sports Illustrated.

The final rev of the engine on the @conormcgregorfast conditioning program tonight! What a camp it has been!

Wayde van Niekerk is a South African track and field sprinter who competes in the 200 metres and 400 metres. He is the current world record holder and most recently added his second world championship gold medal.

Russell Westbrook would not be Russell Westbrook without his explosive athleticism. Westbrook’s combination of length, speed and power makes him an unguardable force in the world’s best basketball league – it’s why Sports Illustrated named him the 7th most fit male athlete on Earth.

For a sport that revolves around be superhuman sized, the Steelers linebacker James Harrison has taken his workouts to a whole new level and everyone has noticed over the years.

Mathew Fraser, 2016 & 2017’s “Fittest Man on Earth” obviously knows how to train! A retired competitive Olympic style weightlifter, Mat Fraser earned a spot at the 2013 Northeast CrossFit Regionals a mere 8 months after stumbling upon the sport, where he finished in 5th place. Originally, Mathew had his eyes set on the 2016 US Olympic weightlifting team.

All this R&R down time allows for moments like this to sink in. Ready to get back to work. #crossfitgames #compexusa #musclestim #hardworkpaysoff #HWPO

Either I hit my split times or I pass out trying. #trackday #HWPO

36 year-old Roger Federer, who is playing a reduced schedule to prolong his career, is the third ‘most fit’ man in world sport. Federer is at the top of his game, vying for Grand Slam titles and all-time records, without showing any signs of slowing down. He has forged his remarkable career from being the complete player, not a physical stand-out.

Lebron James was the only Cleveland athlete to be included in the Fittest 50 this year. LeBron’s athleticism has always been his strong suit and working out has been the way to keep his body where it needs to be to play the way he wants to play.  In a recent workout video, he posted he was balancing himself on a ball while holding weights to strengthen his core.

Core stability on ball to finish up the workout! Everything starts and ends with the core. No core no nothing! ?#striveforgreatness? #savagmode?

The Real Madrid soccer player Cristiano Ronaldo has once again been deemed the world’s supreme male athlete, snagging the number one spot on the Sports Illustrated Fittest 50 Men list. Ronaldo’s training embodies every aspect of physical and mental conditioning.