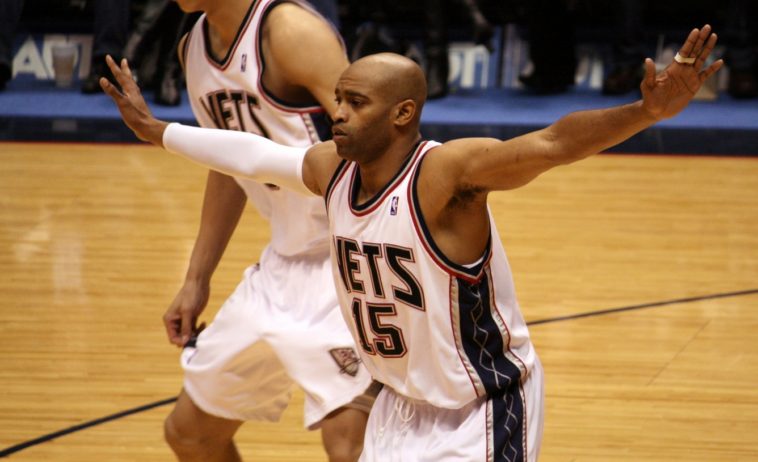 Vince Carter emerged as a star in Toronto, entertaining crowds with his leaping ability and slam dunks, earning him nicknames such as “Vinsanity”, “Air Canada”, and “Half-Man, Half-Amazing”.

The American professional basketball player for the Sacramento Kings of the National Basketball Association has another distinction – the oldest player in the league.

That’s why Men’s Journal was set to ask him some fitness-related questions.

He is 6 feet 6 inches (1.98 m) tall and plays both shooting guard and small forward. Carter is one of only seven players ever to play at least 20 seasons in the NBA.

“People ask, “Why are you still doing this?” Because I can, and I love it,” he said. “Meyers Leonard [of the Portland Trail Blazers] said to me during a game, “Man, it’s unreal how you’re moving and doing what you’re doing.” Inside, I’m smiling super-big. I don’t do it for other people’s approval, but it’s refreshing when they see the work you’re putting in.”

Vince comes to the arena 3-4 hours earlier. “That’s how I survive in this league. I stretch as much as possible. You want your muscles lean and long, especially basketball players, so you can get up and down the court. They’re typical stretches, nothing exotic. But for me, it’s about being consistent. I stretch in the morning, during practice, and at night before I go to sleep.”

Carter thinks his fridge is boring. Unlike young athletes, he tries not to eat junk food. His nutrition is very well proportioned. “Water bottles everywhere, maybe one cranberry juice, some Gatorade on occasion. My cheat foods are chocolate chip cookies, red velvet cake, and pasta. But if I’m going to have a couple of cookies or a slice of cake, I gotta flush my system out with more water.”

Vince is the one who really knows about the cons of playing basketball at his age. At 41 he can’t go too far, to get out of shape for a long time. To avoid this, he built a court and a gym at his house.

“My first ten years in the league, dunking was a walk in the park. If I do it now, I gotta save it for a rainy day. It’s not going up that’s the problem—it’s coming down,” he summed up.