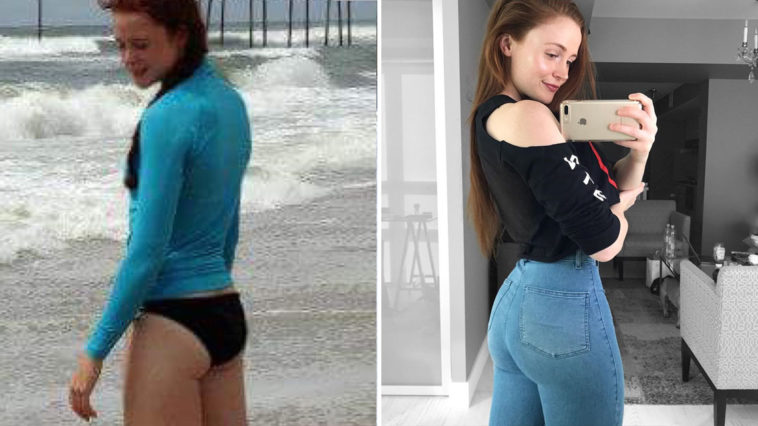 To tell you the truth when I first came across this famous side-by-side snap I thought it was a fake. For me, it is hardly imagined that this tiny 23-year-old Canadian managed to transform her body in such a way.

Abby Pollock struggled with an eating disorder in her late teens and would often eat fewer than 1,000 calories a day.

When she was in college, Abby was underweight. She ate only 900 to 1,000 calories a day. She ate too few calories and also struggled with bulimia.

“Eating 1,000 calories a day took constant willpower. I was physically drained from eating so little, I was mentally drained from obsessing over such a trivial part of my life,” she explained on Instagram.

In 2012, Abby from Toronto was 20lbs, she was painfully thin, suffering from an eating disorder and sticking to an unhealthily restrictive diet.

Her ordinary ratio included two salads and a green smoothie a day — plus some more raw veggies if she felt like she was going to pass out from hunger.
In 2013 she started a new life. With the assistance of a holistic nutritionist and personal trainer, she increased her diet to 1,700 calories a day, taking away all the junk food.
What about her gym work out, Abby took up weightlifting what immediately caused her overall look.

The 5’7″ fitness fan weights 152bs, most of which is clearly muscle. She admitted for Daily Mail: “I used to worry when I got above 125 lbs and really felt like I’d let myself go if I got over 135 lbs. But here I am, in my opinion, more athletic than ever and I weigh OVER 150 LBS!!!”

Pollock emphasizes on the exceptional role of exercise variations. “Doing just squats will not build a booty,” she explained, adding that she favors barbell hip thrusts, the abduction machine, and banded leg press variations.

As we stressed above Abby’s before-and-after figure photos would make most people swear she’d had butt implants — but in fact, she did it all naturally.

She even had a doctor conducted an ultrasound to prove them wrong. Tired of the accusations, she appeared on The Doctors to show her butt was real, once and for all.

According to Little Things, Dr. Andrew Ordon conducted an ultrasound. The results were in, and Abby did not modify her body at all.

After that, her popularity grew into rather a fantastic way (today she has 587k on Instagram). Now she can share her progress online without a twinge of conscience, as well as tips for followers who want to make their butts look just like hers.

“Building a rounder rear requires much more than just doing squats,” she shared once. “Turns out your glutes are made of three main muscle groups: gluteus maximus, gluteus medius, and gluteus mininus.”

“To shape that round Georgia Peach you need to focus on engaging and building all these muscle groups,’ she went on. ‘I find a lot of people neglect or don’t know how to properly engage their gluteus medius, which results in a bigger but not rounder booty.”

Hip thrusts 3 ways?? – Since so many of you ask, I put together a badass Spotify playlist for all my ladies who believe they are 6'5 thugs when they enter the gym?? just search Gymshark Spotify on Spotify and you'll find my tracks!