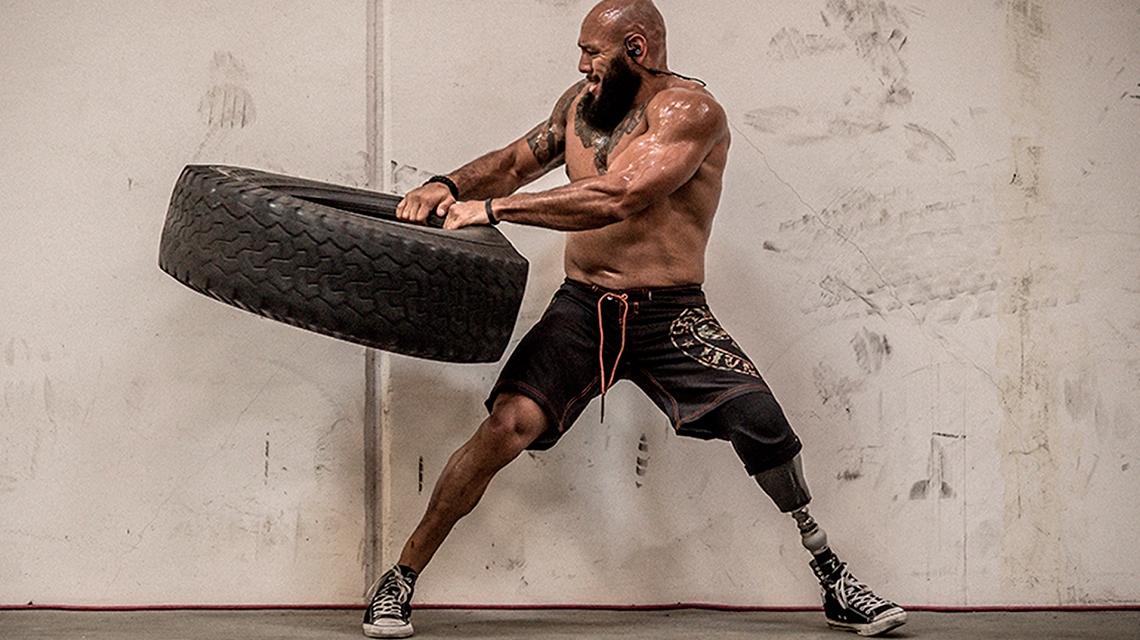 If you check out the videos where Jose Luis Sanchez is working out, you might not even believe that this man lost one of his legs during the mission in Afghanistan. And even though he has achieved tremendous results, that day changed his life completely.

In 2011, Sanchez was on a patrol when stepped on an IED. He did not realize what happened until fellow officers came to help me as he was obviously in pain. When his friend took his legs, one of them got detached from his body.

?SEE WHAT HAPPENS WHEN YOU DO CARDIO!! STAY AWAY ☠☠☢ FR: ➡#CARDIO ! BACK AT IT TOMORROW MORNING RAH!! #KEEPONKEEPING #POPPING #WHEELIES #YOUSEEMEROLLING #RIDINGDIRTY #24" #CHOPPINGBLADES

This situation became a very humbling experience for a young man like Sanchez. However, despite the despair, he found himself in when he got back from Afghanistan and pain he had to go through, today we know him as a real beast. He is participating in marathons, performing amazing workouts and is a great enthusiast of the Obstacle Course Racing.

Sanchez is a motivational speaker who strives to encourage other veterans not to give up. However, instead of simply telling them this, he wants to set an excellent example they can follow.

And finally, one of the lessons he also learned on his way to today’s success is that none of this would be possible without the support of his friends.

The story of Jose Luis Sanchez is a real inspiration for all of us: if a man without a limb could achieve such heights, then anyone can do it too. All it takes is discipline and the will of iron.