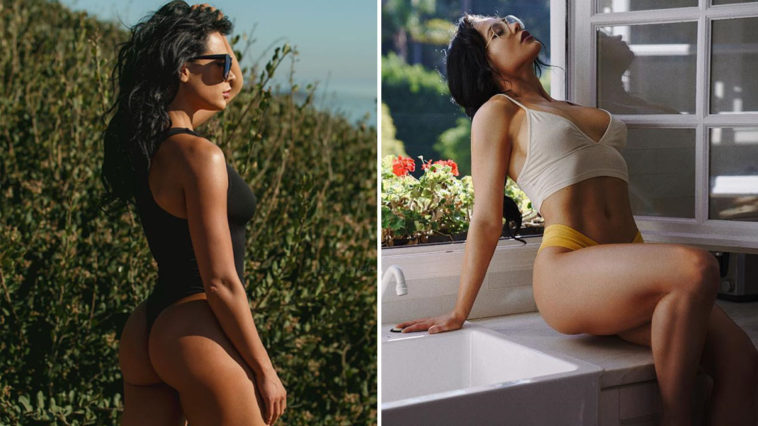 The three times Ms. Bikini Olympia winner Ashley Kaltwasser just made something that really differs her from the rest professional competitors.

Gahh sorry for the late update… I just got back from a celebratory dinner at the Sugar Factory ?? but I did it guys! I won the #battleinthedesert IFBB Pro Bikini Contest tonight against some tough competition ?? I’m so happy and relieved that I have some good momentum coming into the @mrolympiallc in September, which is my next show! Coach @teamelitephysique says I can have a week break & then back at it for my #bikiniolympia prep. You can follow my competition journey on my YouTube channel (link in bio) . . Thank you @sampsonproductions @spectrumfitnessproductions for putting on a great show! I really enjoyed myself. . . Vegas, I’ll see you in about 7 weeks? Leggooooo . . ? @nedimvrabac

Ashley is the one who has managed to transform herself from a well-known tournament-winner to a worldwide famous Instacrush.

Looking back even the greatest athletes tried to move away from their once loved deal, but from that time we’ve never heard of them.

A little progress each day adds up to BIG results! ?? sometimes we are our worst critics, we over analyze ourselves and get discouraged when we don’t see the results that we were hoping for. But ☝? it’s important to realize that since we see ourselves EVERY SINGLE DAY our progress can go almost unnoticed & the changes don’t seem that drastic. But in reality that is not the case at all! Sometimes a second pair of eyes will see differently. That’s why I’m glad that I have @teamelitephysique to guide me and give me some accountability. I check in about once a week with my coach so that my progress isn’t based on my opinions, rather an unbiased evaluation. It’s important to keep yourself in check both mentally & physically ?

Trying to describe her accolades in words we have to mention that she is a professional athlete as well. She has been at bodybuilding for quite a long period of time. She started gymnastics when she was just four years old. She entered her first bikini competition at the age of 23. She was also able to get the Pro card within two years.

Now her aim is to inspire as many people as possible to take up bodybuilding so that they lead a healthier life.

That is why she continually shares her photos and other accolades which she has won on social media to inspire others and make them understand that such achievements are actually possible as well.

Been gone for a couple of years, there’s a new champ on that Olympia stage, new challenges, but Kaltwasser claims to have no jitters and takes them proudly.

“I’ve only missed a year at the Olympia (2017) but since then so much has changed! Lots of new faces and the talent pool just keeps growing each year. There are so many amazing and beautiful girls that I will be competing with. A lot of these girls are rookies just like I was when I first won. I would say YES I am one of the many underdogs that will be competing in this year’s Bikini Olympia,” she told Fitness Gurls.

After that, she is going to visit some countries out of Europe. “I cannot wait for all of these exciting events! I love Asia, and I love Asians. They are just so awesome! It’s going to be a great year.”

Because bikini is won from the back ?! The only bar I’ll be spending a lot of time at for the next 4 months is this one! Except for my birthday maybe. Lolll ?RDL’s, Glute Bridges and Squats are my life ???! @teamelitephysique has me training glutes 2-3x weekly, high calories at 2300 and low cardio still at 15 minutes 3-4 x weekly HIIT, so far my waist is down 2 inches in 34 days and my weight hasn’t changed so I’m building bunz! Yassss. . ? @kmmproductions . . #teamelitephysique

I don’t believe in following a diet that is sooo strict and boring. I’d go crazy if I couldn’t enjoy foods like my ice cream?(in the off-season that is!!) . It’s all about having a balance. Your mood and mindset play a HUGE role whenever your’e working on achieving your fitness goals. However I will say this, there is a time and place for everything. If you’re someone who needs help setting up their diet and/or training I want you to email me now so that we can chat a bit more about my coaching programs . . ?ashleykfitcoaching@gmail.com

The fitness journey is difficult because every day, we are constantly faced with comparing ourselves to our best self. On every step of the journey, you must wake up and say, "I love my body, I love who I am, and I'm getting better every day!" If you stay focused on your specific goal, you'll naturally find a way to overcome those little obstacles along the way until you've reached it! Trust yourself, and don't get down in yourself if you have an off day. . . @harrylhgfx ?