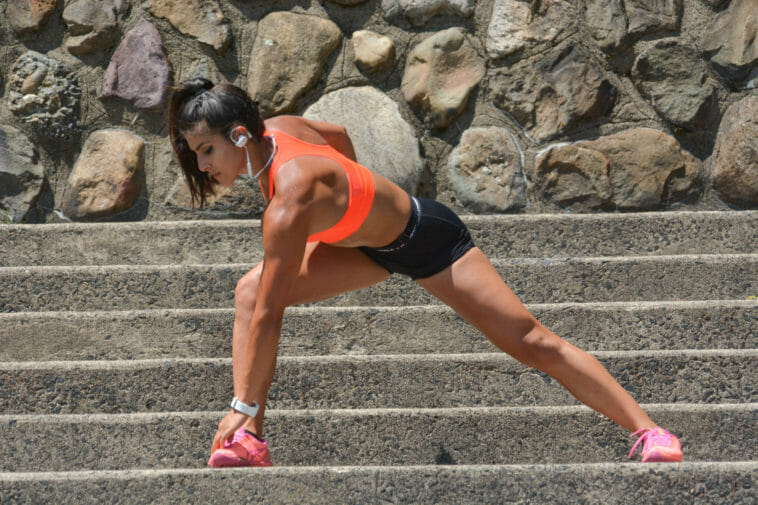 Tabata is a form of interval training where you alternate 20 seconds of work with 10 seconds of rest for eight rounds. If you just did the math, this adds up to a total of only four minutes of activity – but there is one caveat: the 20 seconds of work is to be performed with maximal effort.

The science behind tabata

This protocol was first used in a 1996 experiment where a researcher by the name of Dr. Izumi Tabata, compared the difference between high-intensity intermittent training (HIIT) and moderate endurance exercise training. They found that performing this intense four-minute bout four times per week for six weeks was more effective at improving subjects’ aerobic and anaerobic capacity compared to the moderate endurance exercises.

Although the effect of this form of interval training on fat loss was not assessed in Tabata’s research, a 2014 study in Applied Physiology, Nutrition, and Metabolism examined whether sprint interval training can alter body composition and waist circumference among women. Fifteen recreationally active women performed 30-second maximal sprints on a self-propelled treadmill with four minutes of rest, three times per week. After six weeks, the sprint intervals reduced fat mass by eight percent and waist circumference by 3.5 percent.

The exact mechanisms relating interval training and fat loss are still uncertain but it appears that fat metabolism plays a very important role during and after this type of training. Also, though still controversial, postexercise metabolism seems to be elevated after interval training, which can contribute to the total amount of calories burned throughout the day. In a nutshell, Tabata training doesn’t require a huge time commitment to boost fat loss, and it has been shown to be effective for recreationally active women.

How to start tabata workout

Set an interval timer (or fitness app timer) to repeat 20- and 10-second intervals for 8 rounds. Perform 20 seconds of the first exercise, rest 10 seconds, then move to the next, and so on. Once you’ve completed the entire circuit, go back to the start and repeat the entire thing for a total of 8 rounds.

The following four exercises target all of your major muscle groups. You’ll perform each exercise twice for a total of 8 rounds. If you’re really energetic, you can perform the circuit 2-3 times. Keep your form clean but go as fast as possible. Sip water throughout and get ready to push hard. Before the workout, you may want to use a dietary supplement that can assist with energy levels and boost your pushing power. If you think that this would be best, then you can check out a gundry md energy renew discount to save some money whilst helping you get the best out of yourself.