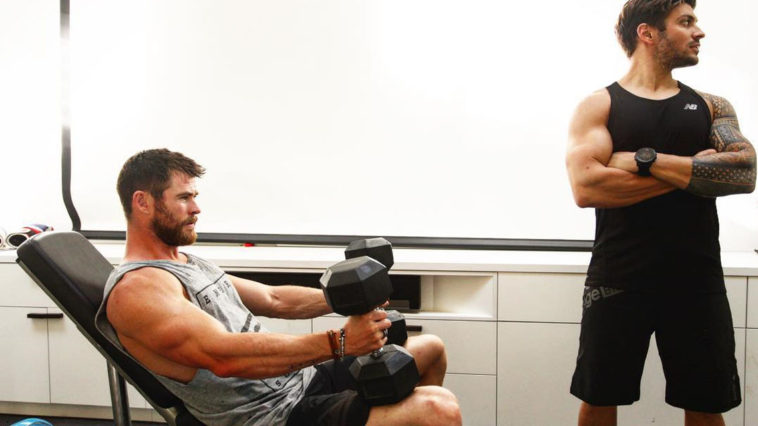 The actor whose lean physique was always an adorable thing for his fans seems to have found the new way to better it.

In his recent preparation for both Thor: Ragnarok and Avengers: Infinity Wars, Hemsworth and his trainer, Luke Zocchi, decided to change to a vegan diet.

“That was a big experiment we tried to see if he could keep the muscle being vegan and it actually surprised me as well because we’re all in this mentality of ‘gotta eat animal protein, protein, protein,’ but you can get a lot of protein from beans,” said Zocchi in an interview with Today Extra.

“It got a little gassy at times,” he joked.

Chris reportedly took up the habits of his younger brother Liam, who has been eating vegan for over three years now.

“There are no negatives to eating like this. I feel nothing but positive, mentally and physically. I love it. I feel like it also has a kind of domino effect on the rest of my life,” explains the youngest Thor’s brother.

With the rise of athletes who were or later turned vegan, it becomes clear that animal-free eating wouldn’t actually impact on your general appearance in the wrong way. Moreover, these examples are proving such a lifestyle inevitably brings it pros. Especially with not one, but two Hemsworths as proof.

What about veganism impact that is actually saving the world, researches from the University of Oxford revealed removing meat and dairy from your diet is the quickest and most effective way of reducing your impact on the environment.

In addition, according to predictions from Whole Foods Market, plant-based products are in higher demand than ever and will continue to grow as a food trend in 2018.

“A vegan diet is probably the single biggest way to reduce your impact on planet Earth, not just greenhouse gases, but global acidification, eutrophication, land use and water use,” said Joseph Poore, lead researcher on the project from University of Oxford, UK.

“It is far bigger than cutting down on your flights or buying an electric car.”