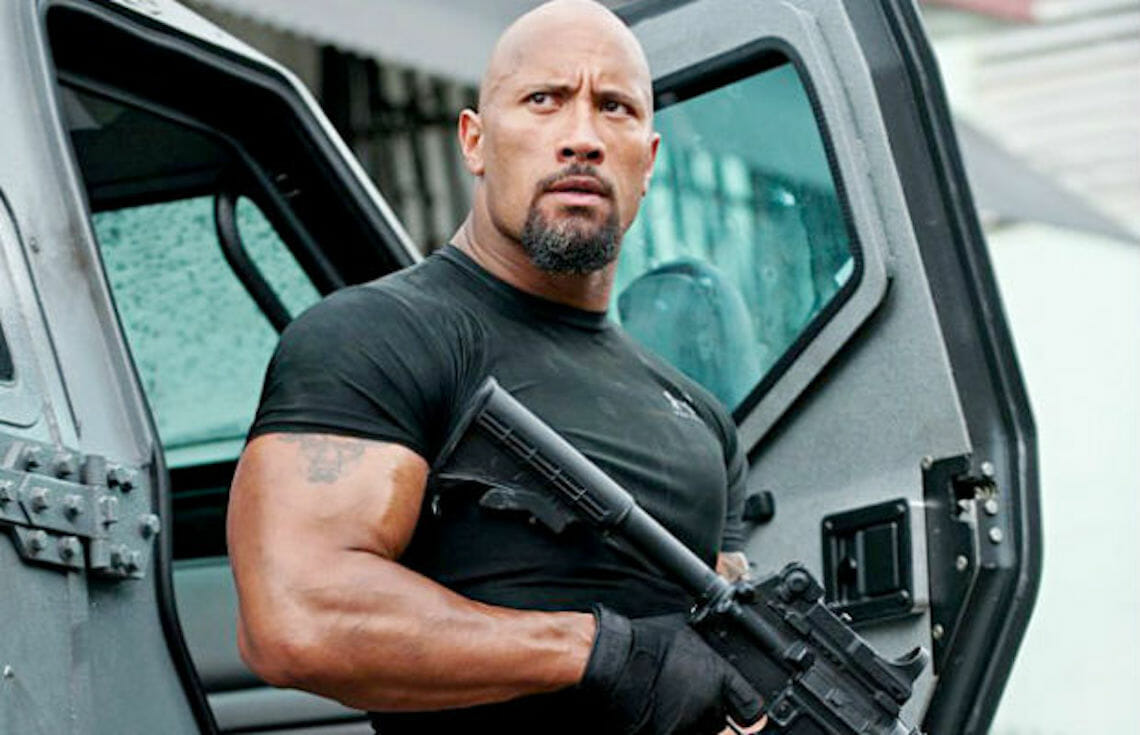 Dwayne ‘The Rock’Johnson has recently shared the plot of his upcoming action sci-fi movie ‘Rampage’ that is based on the 1980s video game.

In the new movie, Johnson’s character is the head of an anti-poaching unit in Rwanda, while his best friend is an albino gorilla named George. The terrible happens to George as well as two more animals (alligator Lizzie and wolf Ralph). All three were injected with a serum and turned into aggressive and powerful monsters. After that happens, Johnson’s character goes on a hunt to find these poachers and punish them.

Goin' primal. ? Good to finally have boots on the ground here in Georgia for production of #RAMPAGE. I head up an anti poaching unit out of Rwanda. My best friend is a rare albino gorilla named, George. Very bad people infect George, an alligator and a wolf with a serum. All three animals grow at an unprecedented rate. Their size, speed, agility and violent aggression is off the charts. They go on a deadly rampage and want to destroy the world. George not happy. Me not happy. When animals like you, they lick you. When they don't like you, they kill you. I will hunt down the bad people who did this to my best friend. And when I find them, I will not lick them. We have the best VFX monster making team (WETA) on the planet. Our actors and crew have been working very hard to raise the monster genre bar. As always, let's have some fun. Let's shoot. ?? #PrimalDNA #George #Lizzy #Ralph #RAMPAGE

The movie will require a lot of devotion and power input, that is why famous bodybuilder is hitting hard on the gym. He has also shared a motivational video for his fans who are keen on pulling weights.

Just touched down in Georgia and hit my home away from home, #MetroFlex. Getting the final workouts in before shooting starts. Been prepping our mega monster movie, #Rampage for almost two years now. To stop the beasts, you gotta train like one. A lil' 2 second pause warm up holding 2 inches above chest, before I destroy chest.. or "slabs of pec meat" as we call it in the iron hood. Get the blood flowing. Let's roll. #MetroFlex #DownInTheDirty #TheBeasts #Rampage

Famous visual effects company Weta Digital will take care of that effects are perfectly created in the movie. Among the main actors, you will see not only Johnson himself but The Walking Dead’s  star Jeffrey Dean Morgan, Malin Ackerman and Naomie Harris. Get ready for the Ramage’s release, which is planned for spring 2018.