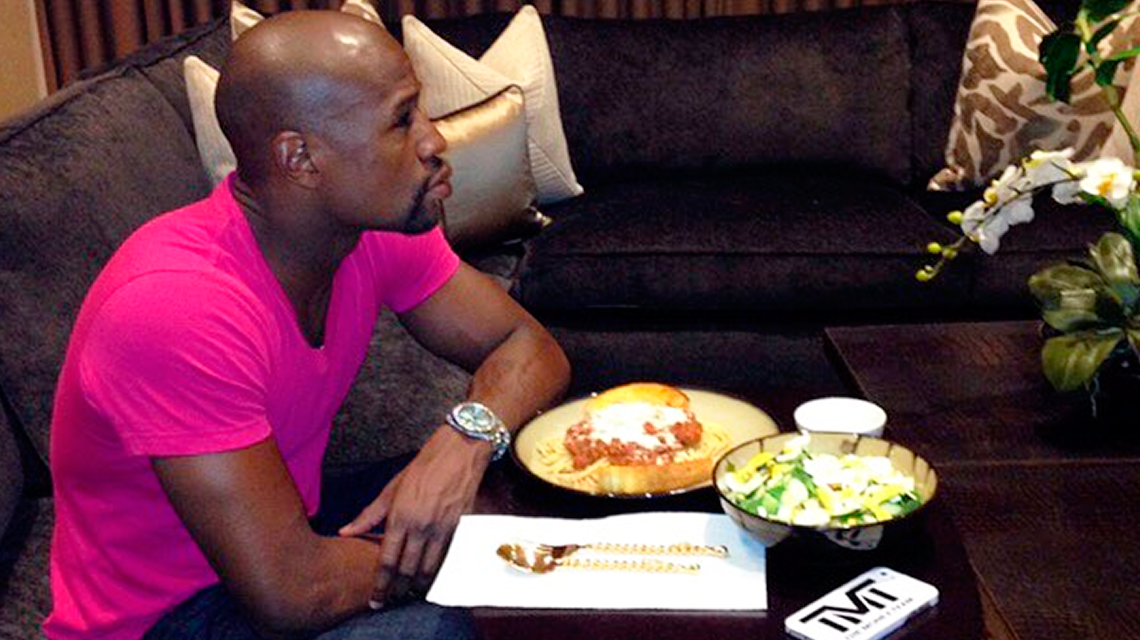 When you look at champions like Floyd Mayweather, you cannot but wonder how they get to stay in such a good shape. Most people believe that his secret is the intense workout. And even though there is some truth in this statement, he has another secret too. And the secret is in eating exclusively the healthy food.

Mayweather has his own chef. Her name is Quiana S Jefferies, and she is no ordinary chef. She used to take part in different cooking shows, and that is how Mayweather’s trainer spotted her. She started cooking for him when he was preparing for a huge, prestigious championship, but after two months of preparation came to an end, he asked her to cook for him on a regular basis.

And so she agreed. From Chef Q’s words, Mayweather does not have a very strict regime or a set timetable of when he eats. She even mentioned that he could wake her up in the middle of the night (she lives down the street from the place he lives) and ask her for a particular meal. He is very generous when it comes to food. His chef only buys fresh fruit and vegetables at the local farm market, and we know cases when he paid up to a thousand dollars for a meal before some important events.

When getting ready for the big fight, the man eats lots of fresh fruit and vegetables. Besides, he drinks orange, pineapple, strawberry, carrot, red pepper, and pear juices daily. Moreover, he adds lots of seafood to his daily ration. Thus, the chef has to know places to go to at night to find some fresh crab legs, shrimps, and cod. Among his other choices are crab-salad cucumber cups and bread pudding, kielbasa sausage, a spinach omelet with bell peppers and onions, and croissant French toast.

Mayweather is picky when it comes to food, but he trusts his chef completely. He sticks to the healthy food daily though he has several unhealthy favorites including fried hotdogs and Twizzlers.

However, despite the significant amount of food he consumes, his intensive workout is an excellent way to burn the calories.