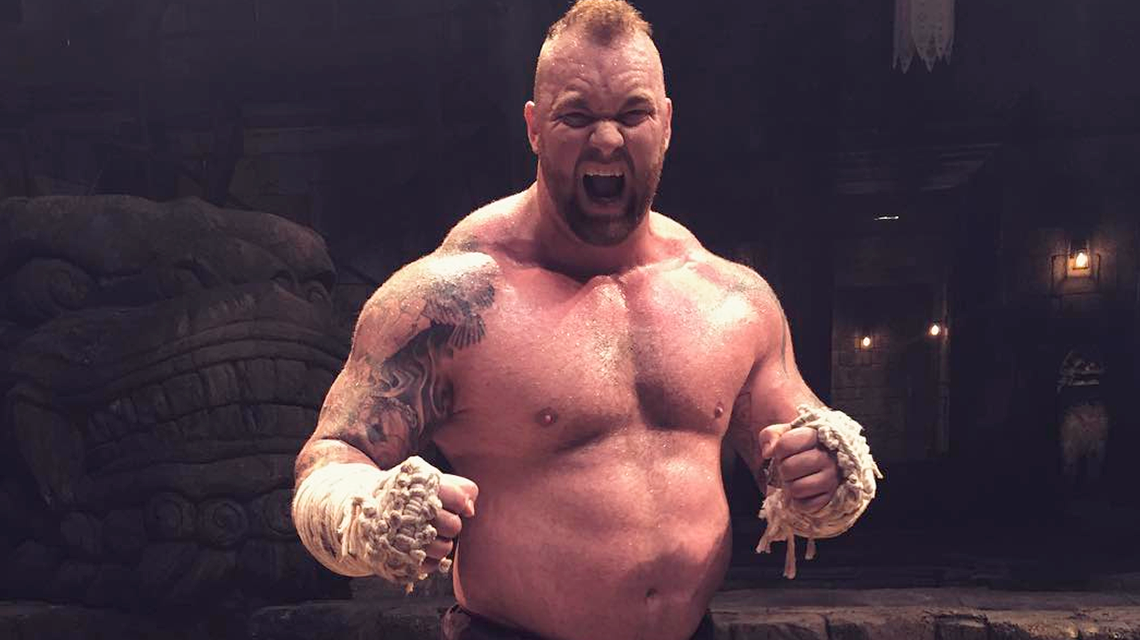 As the Game of Thrones Season 7  launches on HBO on July 16, 2017 fans of the famous saga are ready to a new dose of medieval fantasy story.  Most are happy to see Hafthor Julius Bjornsson’s character  Ser Gregor “The mountain” Clegane. His aggressive character does a lot of bloody work. But let’s take a look at some facts you may have not heard about him.

#1 Bjornsson wanted to become a basketball player and his physique allowed him too (height is 206 cm or 6’9 ft, weight 110 kg or 240 lb). He wanted to play for the D2 Icelandic National Basketball Team. He could have made it to the NBA, but when he was 20-years-old he blew out his knee. That has ruined all the expectations about basketball career.

#2 Bjornsson doesn’t only look fit for acting in the Game of Thrones, but also is a strongman in real life. He has received 14 professional titles in his career in the World’s Strongest Man competition.

Repost from @sbdapparel using @RepostRegramApp – #Iceland's Hafþór Júlíus Björnsson (@ThorBjornsson) took the European titles in 2014 and 2015, but lost out to Laurence Shahlaei (@BigLozWSM) in 2016. See 'The Mountain' challenge to reclaim the title @GiantsLive Europe's Strongest Man today at the First Direct Arena in Leeds, or watch live on @FloElite from 5pm (UK). #SBDApparel #Strongman #GameOfThrones #GOT #Thor

#4 Once Bjornsson has received an offer from the NFL as The Indianapolis Colts wanted him to play for them. Unfortunately, Bjornsson declined the offer.

Benching for todays workshop at @thorspowergym today. 220kg x 3 reps. 2 sets. Easy ? People are asking me why I am using a Mouthpiece. Well, I want to protect my smile, and it stops me from destroying my teeth during intense training. I use a New Age Mouthpiece , as it also helps me increase my performance. Not a sceptic anymore ! Get one at www.getnewage.com For all my fans , get a special discount , use Thor15 "

#6 He knows how to keep a diet right. Iceland’s strongman splits 10,000 calories he gets throughout the day into 6-7 meals. Bjornsson eats a lot of fruits and oatmeal, he consumes high-protein foods as eggs, chicken and fish. However, he also takes supplements such as glutamine, creatine and whey protein.

#7 Bjornsson has joined the team of MHP as he is ready to compete. He finds MHP supplements to be helpful in his activity and can’t imagine workouts without it.

Had some spare time so I got a nice workout in. I believe this is my overhead people pressing PB at the moment. And I'm still just at offseason form so things are looking good.